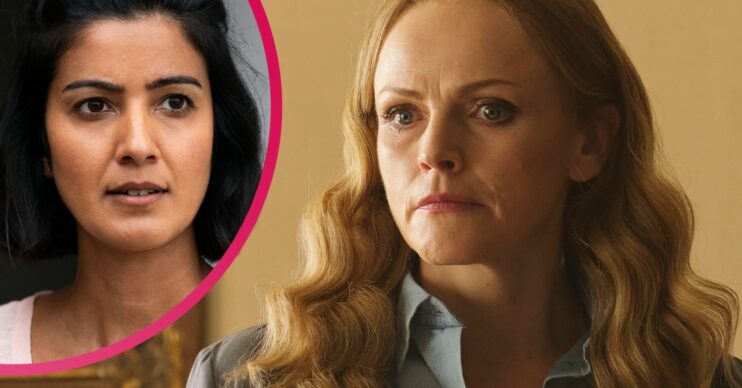 Rules of the Game ending explained: A disappointing episode four left us with a bad taste in our mouths

Rules of the Game began with a shaky start, got better in the middle, but the ending ultimately left us disappointed.

The so-called thriller came to an end on BBC One this Wednesday (January 19 2022) with episode four.

But sadly the series didn’t live up to our hopes.

So what happened in episode four of Rules of the Game?

Here’s the ending explained, and our own two pennies worth on what happened.

***Warning: spoilers from episode four of Rules of the Game ahead***

Read more: Rules of the Game on BBC One: Where was Maxine Peake drama filmed?

During episode four of Rules of the Game, we finally found out who killed Maya Benshaw, played by former EastEnders star Rakhee Thakhar.

Owen Jenkins threw her over the railings in the office after his mum Anita had drugged her.

As we’d begun to suspect in episode three, it was Alison’s character Anita who was at the epicentre of the misogynistic company Fly Dynamic.

Her son Owen was just the one who “tidied up the mess”.

And that included trying to kill Sam to keep her quiet.

Amy died in a tragic accident

As we’d suspected all along, Amy Dixon had not taken her own life.

It wasn’t a tragic case of suicide at all.

In fact, the 16-year-old had died during a “stupid sex game gone wrong” with Gareth can’t-keep-it-in-his-trousers Jenkins.

That’s if we believe the Jenkins’ version of events (which, frankly, we’re not sure we do!).

Tragically, rather than confess, Gareth only worried about his own future and tried to cover the death up.

The coward got his brother Owen to dispose of the body and make it look like she’d done it to herself.

Sam Thompson did one honest and true thing in episode four of Rules of the Game.

She admitted she’d “sold her soul” to get to the top in Fly Dynamic.

In a rather unsavoury revelation, viewers discovered that Sam had slept with Fly Dynamic founder Harry Jenkins.

To steal words from Anita’s mouth, Sam had “paddled in both pools”.

And in another shocking twist, we learnt that Sam’s daughter Gemma was Harry’s.

Harry’s wife Anita had known all along.

What a twisted, incestuous game Sam’s been playing – winning some, and losing some.

Was it worth it in the end Sam?

Why was the ending of Rules of the Game so disappointing?

Fly Dynamic clearly had a systemic issue with female employees.

Two young girls had died in the company – all under Sam’s nose who surely suspected foul play.

This on top of a culture of drugs, booze and sexual assault.

It’s true that Sam was arguably a victim, too (implied but never proved).

At the end of Rules of the Game, the Jenkins family were exposed and got what they deserved – largely thanks to Sam calling the police.

But we were left with an uncomfortable feeling that she’d only done the right thing when it suited her.

As episode four came to an end, Sam was seen heading up the company.

The camera panned to what we hoped would be a female-heavy boardroom.

But, nope, Sam was the ONLY woman in the room amongst a dozen male employees.

We were left feeling Sam hadn’t really learnt any lessons at all about the Sisterhood.

She could have been changing the system from the inside out, but clearly wasn’t.

Perhaps that ending would have been too neat, but what’s wrong with a happy ending occasionally?

We still believe that even the brilliant actress Maxine Peake couldn’t save this mediocre drama.

There are no plans for a second series of Rules of the Game.

All the loose ends were wrapped up at the end of the first series.

Maxine Peake, who starred as Sam Thompson in Rules of the Game, said that she considered the BBC drama to be a “one season show”.

If you’re looking for a grittier, alternative – and arguably better – series about office politics in the post #MeToo world, we recommend Industry.

The series aired last year, and will return in 2022 with a second series.

Series one is still available to watch on BBC iPlayer.

The entire series of Rules of the Game is currently available to watch on BBC iPlayer.

Did you enjoy Rules of the Game on BBC One? Leave us a comment on our Facebook page @EntertainmentDailyFix.

BBC One Maxine Peake Rakhee Thakrar Rules of the Game