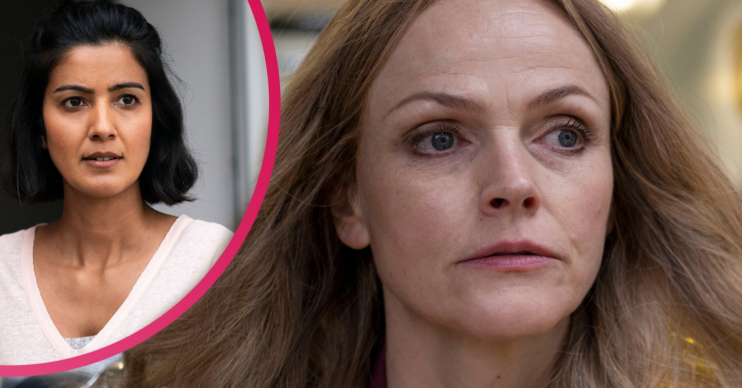 Rules of the Game: 8 burning questions after episode one

Episode one of new BBC thriller Rules of the Game began tonight (Tuesday January 11) and it set up an intriguing mystery.

Starring Maxine Peake, it’s a four-part series that looks at how a toxic culture within a sportswear company has spawned two suspicious deaths in 10 years.

So after that first episode, what’s going on? We have questions!

What happened to Maya in her previous life?

New HR Director Maya is saying all the right things and trying to introduce new processes into the workplace.

However, all is not what it seems.

Read more: Rules of the Game on BBC One: What’s it about, how many episodes is it and when does it start?

To begin with we see her popping pills to calm herself down, and also listen to positive affirmations.

And then, later, we see her ex turn up unannounced and start hassling her.

So what’s going on with Maya, and what happened in her previous relationship to cause her so much stress?

What exactly did Hugh Evans get up to at Fly Dynamic?

As soon as Maya started she began being referred to as ‘Hugh’s predecessor’.

And as she heard more from Tess, she realised that this Hugh character had done something seriously not cool when he was at the company.

But despite being fired, he was still on the company payroll.

And when Maya went to visit him, he told her to forget Tess and focus on Amy.

So what does he know… or what did he do?

Is Sam covering for Gareth?

By the end of the episode, cuddly Gareth was revealed to be a kinky shagmonster… and perhaps even a nasty predator.

After snogging Sam at the end of the episode and wrapping his hand around her neck as he did so, we wonder if these two have a history going way back.

So if Sam has serious feelings for Gareth and he has a liking for violent sexual shenanigans, could he have been involved in the murder of Amy?

And if so, has Sam been covering up for him all these years?

Why does Sam hate Maya so much?

As soon as Maya walked into the Fly Dynamic, Sam took an instant dislike to her.

To confirm her feelings, when Maya suggested some changes, Sam said: “I can’t decide whether I’m impressed by your assertiveness, or whether you [bleep] me off.”

Is the case that now the company has hired someone vaguely competent at their job she will start asking questions about what happened 10 years ago?

Is that why Sam hates her so much?

What part does Anita Jenkins play in the mystery?

Owen and Gareth’s firm and stern mother, Anita, quite obviously knows what happened to Amy a decade ago.

And she also wants to know why on earth her sons have hired someone like Maya.

Someone who asks too many questions.

Is Maya in danger?

As Sam and Anita have noted, Maya is beginning to forge her own side-investigation into what happened with Tess, Hugh… and soon likely Amy.

With the company quite obviously covering something up, it’s also heading towards a financial deal with potential new owners.

So it’s perhaps worth asking the question: with so much at stake, is Maya in danger?

What really happened to Amy 10 years ago?

With Gareth in the frame, as well as Sam at this stage… who did kill Amy. Any why?

Was it jealousy on Sam’s part, was it sexual (mis)adventure gone very wrong on Gareth’s part… we’ll have to wait and see.

And whose body did Sam find in the present day?

Was it Tess… or someone else?

What are your theories after Rules of the Game episode one? Leave us a comment on our Facebook page @EntertainmentDailyFix and let us know what you think.

Maxine Peake Rules of the Game