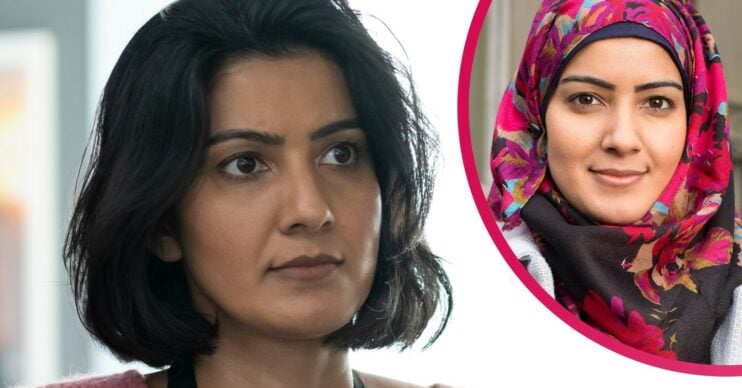 Actress Rakhee Thakrar stars in BBC One’s new thriller Rules of the Game – but there was a time when she feared she might not work again.

The former EastEnders star struggled to find work after leaving the BBC soap.

But how old is Rakhee, who does she play in Rules of the Game, and what else has she been in?

Here’s everything you need to know about TV star Rakhee.

Read more: Who is DCI Keeble in EastEnders? Why does she want to bring Phil Mitchell down?

Who plays Maya Benshaw in Rules of the Game?

She’s called in and has to promptly deal with a brutal death at the company.

However, when Maya queries the work culture at Fly, boss Sam is adamant that nothing needs to change.

She insist that Maya’s focus should be on the upcoming stock market floatation.

However, when an employee of Fly recalls the historic toxic behaviour at the company, Maya is shocked and becomes determined to uncover the truth…

Who is Rules of the Game star Rakhee Thakhar and what’s she been in before?

Rakhee was most recently seen as Jane’s friend Mia in The Girl Before on BBC One.

Sex Education fans will know her as English teacher Emily Sands in the comedy drama.

She has also played Fatima in the TV series Four Weddings and a Funeral, Simran in Cloud 9, and Sarita Dubashi in Holby City.

Of course, EastEnders fans will know her best for playing Shabnam Masood in the BBC soap from 2014 to 2016.

Rakhee will soon star in the upcoming film Wonka, a prequel to the famous Roald Dahl book Charlie and the Chocolate Factory.

Why did Shabnam leave Walford?

Rakhee Thakrar played Shabnam Masood in the BBC soap EastEnders from 2014 to 2016.

The actress took over the role from fellow actor Zahra Ahmadi, who had previously played the character.

During her time on the show, the character was involved in several storylines, including her romance and subsequent marriage to Kush Kazemi (played by Davood Ghadami).

Tragically, Shabnam gave birth to a stillborn son, a storyline that helped raise awareness of stillbirths.

Shabham left Walford in 2016 after discovering that Kush had secretly fathered a child with Stacey Branning.

Her character has not returned since.

What happened after Rules of the Game actress Rakhee Thakrar left EastEnders?

Rakhee revealed that she struggled to find work after leaving Walford.

She told the Radio Times that she ended up working in a shop for several years after deciding to leave the BBC soap.

She said: “I didn’t think ‘other projects’ meant working in a boutique clothing shop for two years.

“I left EastEnders and didn’t get any work.

“I couldn’t bear not doing anything, so I worked in a couple of shops.”

She added: “It was a massive risk to leave a full-time salary [on EastEnders] and it took a while for that risk to pay off.”

How old is Rakhee Thakrar and where is she from?

She is currently 37 years of age.

The actress grew up in the city of Leicester, and is of Indian descent.

Does Rules of the Game star Rakhee Thakrar have a boyfriend?

Rakhee has not spoken publicly about her private life.

She has not confirmed whether she is dating.

However, a quick stalk on her official Instagram page suggests she does have a boyfriend – and a very handsome one too!

She has shared pictures of one of their date nights to a charity fundraiser.

Rakhee also shares some of her heart with her beloved black and white cat.

Are you excited about watching Rules of the Game on BBC One? Leave us a comment on our Facebook page @EntertainmentDailyFix.

BBC One EastEnders Rakhee Thakrar Rules of the Game