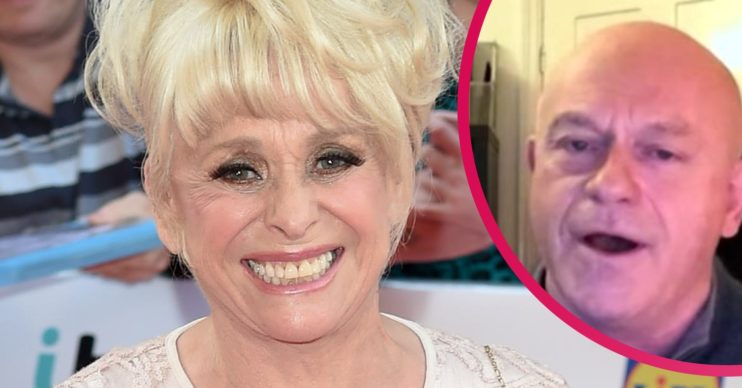 He was on GMB to chat about the late EastEnders legend

Ross Kemp on was GMB to chat about Barbara Windsor today and he fought back tears as he recalled his late pal.

The actor and documentary host, 56, told Good Morning Britain hosts Piers Morgan and Susanna Reid that the actress – who died last week aged 83 following her battle with Alzheimer’s – was a ‘genuinely good’ person.

He said he spoke to Dame Babs only three weeks ago and her health was “in a very bad state”.

Ross said he asked Barbara’s husband, Scott Mitchell, if there was a window in which she could speak to him, because the disease “comes and goes” and patients “lose more and more consciousness” towards the end.

Revealing the last words his friend said to him, he explained: “[Scott] rang me on a Sunday afternoon and she just turned round to me and said, ‘I just want everything to be good for you in your life’.”

He fought back tears as he added: “And that is something that will stay with me for the rest of my life.”

Speaking further, Ross said on GMB: “She was a genuinely good person… she was so lucky to have Scott… they truly, truly loved and cared for each other deeply.”

Elsewhere in the chat, Ross said the news of Babs’ passing knocked him for six on Friday (December 11).

That is something that will stay with me for the rest of my life.

He said: “It’s coming over me in waves… I wasn’t capable of doing anything really on Friday, even though I knew it was going to happen.”

And he also called for more money to go into dementia research.

“You’ve got to think, there is no cure for this, there is no vaccine. And it is getting worse,” he told Piers and Susanna. “It’s not just the people with it, it affects all the people around those people, the loved ones.

“It alters your personality, it changes who you are.”

He went on to say that, when Scott took part in an Alzheimer’s documentary, he said of his wife: “It’s not the Barb that I used to know.”