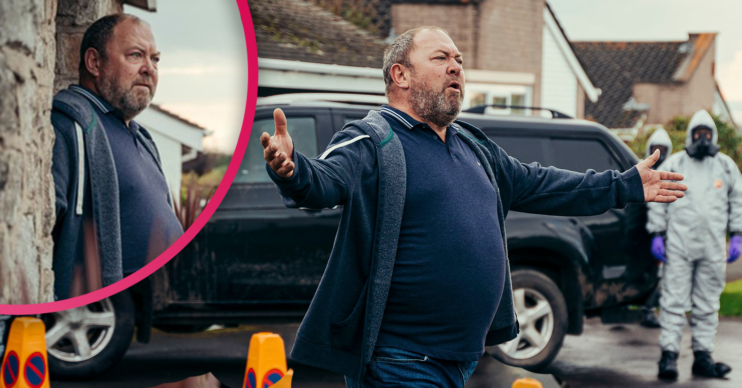 Who is Ross Cassidy and is he still friends with Sergei Skripal after the Salisbury poisonings?

BBC Drama The Salisbury Poisonings will look at the pair's friendship

New BBC drama The Salisbury Poisonings has raised a lot of questions.

For instance how did Ross Cassidy and Sergei Skripal become friends and are they still in contact now?

The pair struck up a friendship pretty much instantly and were close pals for ten years before the attack.

He became aware of Sergei’s involvement with the Russian government after Googling him.

During an interview with the Sunday Times, Ross admitted he was shocked that Sergei was not given a new identity after the Alexander Litvinenko poisoning in 2006.

He told the paper: “I’ll never for the life of me understand why they didn’t give him a pseudonym.”

Like Sergei, Ross also had a military background – he was a former Royal Navy Cold War submarner.

“We used to laugh that we had spent a good portion of our lives perfectly happy with the idea of killing each other,” Ross told the BBC.

The pair were so close, it was actually Ross who drove Sergei to the airport to pick up his daughter Yulia the day before the attack.

Ross and his wife Mo found out about the Novichok attack after watching the news.

After contacting the police, they were interviewed extensively by Counter Terrorism Policing officers.

The interrogations went on for weeks as every aspect of their friendship was analysed.

Upon learning Sergei was in hospital, Ross was desperate to visit his friend.

Eventually, the husband and wife were granted permission to see Yulia, however, Sergei was too unwell.

However, he did go on to make a full recovery.

Sergei left the UK afterwards and reportedly relocated to New Zealand under a new identity.

Although he and Ross are no longer in contact, he did send his pal a Christmas card.

“It’s nice to know they are thinking of us,” Ben told the Sunday Times, “but I don’t expect we’ll ever see them again.”

Sergei predicted his own death

In BBC Drama The Salisbury Poisonings, Ross is seen being interviewed by the police.

During one interrogation session, he reveals that Sergei had predicted his own assassination.

Ross told the Daily Mail: “Documentary dramas are given licence but I can absolutely tell you, categorically, that’s accurate.

“He said that over the years several times. I remember we had a summer barbecue down the garden. Sergei was present, and he said it to me and friends of mine.”

He added: “There were a lot of sinister goings-on. It would have made compelling viewing.”

What did Ross think of The Salisbury Poisonings?

“Initially he and his wife Mo were sceptical about talking to us,” the writer explained.

“He mentioned that he had done a couple of media interviews at the time about his relationship with Sergei, and he now felt that this was the limit of what he wanted to say.”

But Ross had a change of heart a few days later and decided he wanted to be part of the project.

Declan described his interviews with Ross as “the most interesting hours of my journalistic life”.