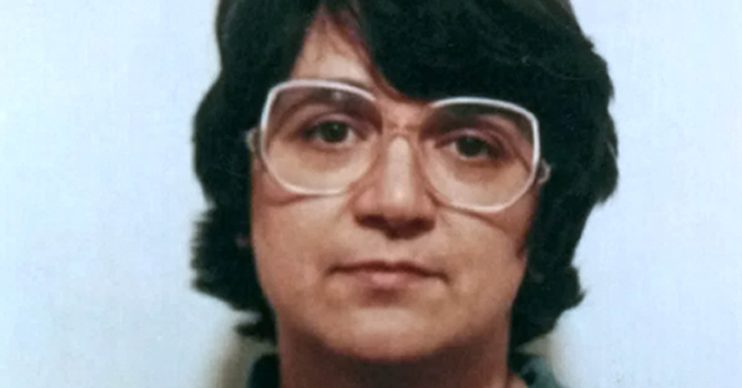 Rose: Making of a Monster on C5 explores what made her evil

Rose West and her husband Fred formed one of the most infamous serial killing couples in British criminal history – but was her childhood to blame?

A new Channel 5 documentary questions whether Rose West was born evil or if she was a product of her horrific upbringing.

Here’s everything you need to know about Rose: Making A Monster on C5 and Rose’s abusive childhood.

Rose West crimes: What did she do?

Rose and her husband Fred killed at least 10 young women during their sick killing spree – including two of their own children.

Police officers found the remains of bodies buried in the cellar and the garden, and eventually arrested Rose and Fred in 1994.

The sadists had tortured, raped and murdered at least 10 young women and girls.

Reporters described their house as the ‘House of Horrors’.

Rose West childhood: Was she abused?

Rose’s mum had courses of Electroconvulsive Therapy – intrusive electrical shocks passed through her brain to trigger seizures – for her depression whilst she was in the very late stages of pregnancy with Rose.

Some argue that this treatment may have caused prenatal injuries to her daughter.

Her father Bill Letts suffered severe paranoid schizophrenia, known to be a condition that runs in the family.

He obsessively forced his children, including Rose – the fifth of seven children – to clean the house with toothbrushes.

Rose’s parents separated when she was a teenager, and she lived with her mother and attended Cleeve School for six months.

She later moved in with her father at the age of 16 in Bishop’s Cleeve.

Read more: James Bulger killers: where are they now and did they ever admit their guilt?

Rose West childhood: Did her dad rape her?

Solicitor Leo Goatley, who represented Rose during her trial in 1995, says she is in total denial about her childhood and couldn’t face the reality of its horror.

He says in the show: “She had a reality she hasn’t been able to confront.

“When I asked her to describe her childhood she described a sweet, candy-coated, flossy merry time.

“She presents home-life as these vigilant, overprotective parents who would do anything for their children and were always there, which is complete nonsense.”

He says: “She was learning the wrong skills and wrong motivations for life.

Geoffrey Wansell, the official biographer of Fred West, adds: “There’s no doubt Bill Letts altered his daughter considerably. He was a monster.”

Rose West childhood: Did she abuse her brothers and own children?

At the onset of puberty, Rose reportedly began to creep into nine-year-old brother Graham’s bed and molest him and her youngest brother Gordon.

She met Fred West in early 1969, shortly after her 15th birthday.

Rose eventually began a relationship with Fred, becoming a frequent visitor at the caravan park where he lived with the two children from his first marriage – daughter Anna Marie and stepdaughter Charmaine.

Rose frequently abused Anna Marie and Charmaine physically and emotionally throughout the time they lived with her.

She killed Charmaine when she was just eight years old.

She murdered her and stashed her in the cellar when Fred was in prison for petty theft.

Rose went on to have eight more children – at least three of whom were conceived by clients.

All of them they abused physically and emotionally, some were sexually assaulted by Rose and Fred.

Fred’s childhood was just as troubled as Rose’s, learning and witnessing bestiality and paedophilia from his parents.

When Fred finally met the highly-sexualised Rose, they formed a deranged alliance.

But Rose is said to have led the evil charge from the start by killing Fred’s eight-year-old daughter when Fred was away from home.

Where is Rose West now?

Rosemary West and her husband Fred were arrested in 1994.

Police charged the pair with nine counts of murder.

Rose was later charged with a tenth – the killing of her stepdaughter Charmaine West, eight, in 1971.

Fred took his own life before his trial in January 1995, but Rose was found guilty on all counts.

She is currently serving a life prison sentence at HM Prison New Hall in Yorkshire.

Judge Mr Justice Mantell sentenced her to life imprisonment in 1995, saying: “If attention is paid to what I think, you will never be released.”

How old is Rose West?

Rosemary Pauline Letts was born on November 29 1953 in Northam, Devon.

She is currently 67 years old.

Rose: Making of a Monster on Channel 5

The Channel 5 documentary looks into Rose’s upbringing, interviewing those who knew her best and unpicking what influenced her to become a monstrous killer at the age of just 17.

The 90-minute one-off doc asks whether Rose was born evil or a product of her horrific upbringing.

The show argues that it was Rose, not her husband Fred, who had more of the dominant role in the killing of 10 defenceless women.

Her childhood neighbours discuss what she was like as a young girl, while the solicitor who represented her at the final trial also speaks up.

We also hear from tenants who escaped 25 Cromwell Street, and fellow prisoners who lived with her in jail.