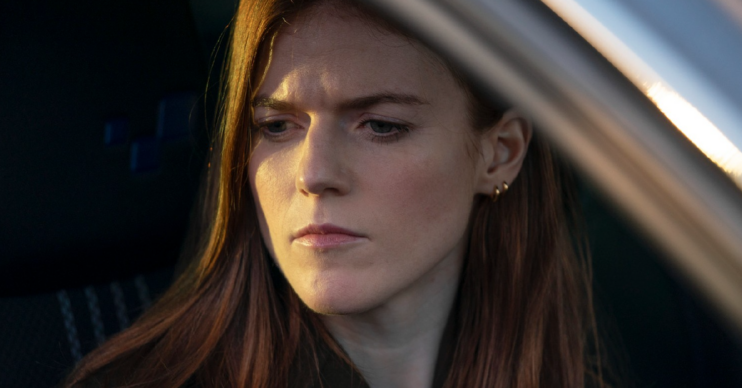 Rose Leslie in Vigil: Is GoT actress really part of royalty and do she and husband Kit Harington have kids?

Actress plays a central role in new BBC One drama

Rose Leslie stars in BBC One submarine thriller Vigil this weekend, and it’s the latest big role for the 34-year-old.

But how did she become famous, which famous actor is she married to, and is she really part of a royal family?

How did Rose Leslie from Vigil become famous?

Rose began her career as at 21-year-old in the film New Toon, which she won a Scottish BAFTA award for Best Acting – New Talent.

Only two years later, she was cast in Sky Atlantic/HBO fantasy drama Game Of Thrones, which propelled her to international stardom.

In the series, she played wildling Ygritte – a fierce and passionate wild woman who falls for the heir to the throne, Jon Snow.

Thanks to Game Of Thrones, her career prospered – BBC One’s The Great Fire followed, as did Luther and US series, The Good Fight.

Do Rose Leslie and husband Kit Harington have children?

Rose met fellow actor Kit on the set of Game Of Thrones.

In 2012, rumours circulated that they had grown close off-screen and were spotted on dinner dates together.

Despite denying they were an item, four years later they confirmed that they were together after stepping out at a red carpet event together.

They then tied the knot in 2018, and had a son together earlier this year.

The couple now lives in a grade II-listed Tudor manor house in Suffolk.

Is Rose a member of a royal family?

Rose was born in Aberdeen and grew up living in nearby Lickleyhead Castle, her family’s ancestral seat.

As for her family, her dad is Sebastian Arbuthnot-Leslie, the Aberdeenshire Chieftain of Clan Leslie.

Meanwhile, her mother Candida is from the Clan Fraser of Lovat, whose maternal great-grandfather was Simon Fraser, 13th Lord Lovat, and a descendant of King Charles II.

So not quite royal, but definitely of blue blood.

What can you see Rose in next?

Rose has been cast in the US TV series, The Time Traveller’s Wife.

She plays Clare, a woman married to Henry (Theo James). However, their relationship is somewhat complicated by time travel, of all things.

Read more: The Time Traveler’s Wife series on HBO: When does it start and who’s in cast?

Rose is also set to star in Kenneth Branagh’s next Agatha Christie adaptation, Death On The Nile, on the big screen.

Delayed by two years because of the Covid pandemic, it will be released in 2022.