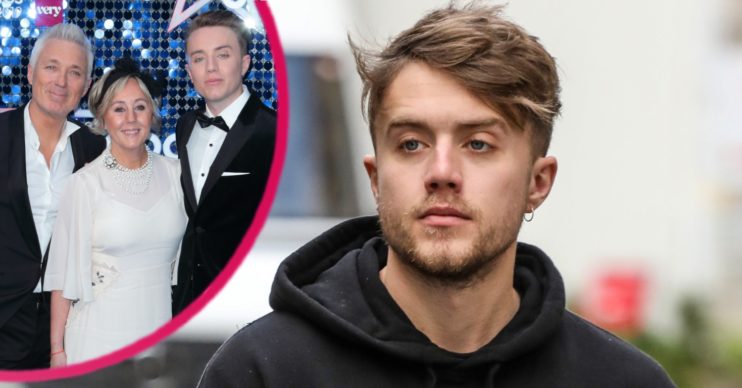 The radio star has opened up on his mental health

Roman Kemp has revealed his mum Shirlie saved him after contemplating suicide in a new BBC documentary.

In the upcoming doc about mental health, the 28-year-old radio host bravely discusses his battle with depression.

At one point, Roman admits he even considered ending his life by jumping in front of a train.

Roman Kemp BBC documentary: What does the star share?

The star opens up in the BBC Three documentary called Roman Kemp: Our Silent Emergency.

During the episode, Roman reveals he believed he was only successful because of his dad Martin.

I remember saying to myself, ‘What’s the point?’

Sharing his insecurities, Roman says: “On everything: how I looked, what I was doing wrong work-wise, ‘Am I doing my job because of who my dad is?, Am I being a good boyfriend?’.

“I remember saying to myself, ‘What’s the point? Why am I carrying on?'”

Meanwhile, the radio star also reflects on his friendship with producer Joe Lyons.

Last year, Joe, who previously worked on Capital FM, took his own life.

Shortly after his death, Roman shared an emotional tribute to his late friend.

He said on the radio show: “He was the very first person I met when I walked through the door. I remember thinking he was a bit of a Del Boy.

“He was with me right from my very first show. He taught me everything I didn’t know about sitting in a radio studio without him.”

Martin Kemp admits he is ‘proud’ of son

As well as Roman, the singer also shares daughter Harley with his wife.

Appearing on Lorraine, Martin said: “Roman knows that the generation he is talking to, his generation, he has an audience, because he talks to them every morning on his radio show.

“I am so proud of him, Lorraine, the way he’s put himself up there to say, ‘It can happen to anybody.'”

In addition, he shared: “What Roman is trying to do is get young guys who are having mental health problems to open up to either their friends, their family, or find someone they can talk to.”

Furthermore, Martin and Roman are set to appear on ITV’s DNA Journey.

If you are feeling suicidal thoughts, don’t suffer alone. Contact the Samaritans free on 116 123 or email jo@samaritans.org