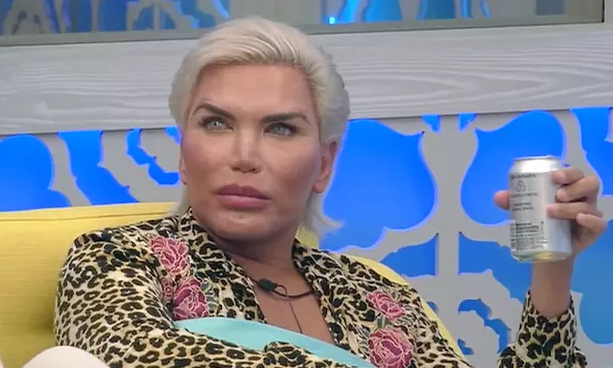 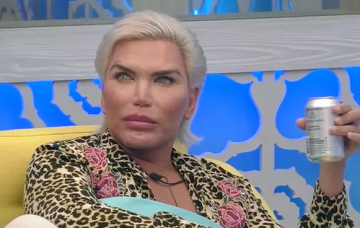 Rodrigo was removed from the house nine days after entering

Rodrigo Alves has said he’s too busy concentrating on his new TV show to respond to Dan Osborne’s claim that he did something “inappropriate” in the Celebrity Big Brother house.

On Wednesday, Dan claimed Rodrigo – dubbed the Human Ken Doll due to his extensive plastic surgeries – was removed from the house because he did something “inappropriate” that made him feel “uncomfortable”.

Celebrity Big Brother had previously said Rodrigo was removed from the house for a “further incident” which wasn’t revealed to viewers.

Dan, who bagged third place in the show’s final on Monday night, didn’t offer much explanation about the alleged incident in question but said he didn’t “appreciate” Rodrigo’s actions.

However, when Rodrigo was approached by The Sun about Dan’s allegation, he said he was too busy concentrating on work to discuss the alleged incident.

He said: “I need to concentrate on my new TV show here in Italy therefore I can’t deal with the current story.

“I have many plans at the moment which is to publish my book and my own fashion line.”

Rodrigo added: “I would like to get away from TV reality shows and concentrate in making movies and on my TV presenting skills.”

Yesterday, Dan told The Sun: “There was an incident in the house, it was just something inappropriate, I didn’t appreciate it.”

Dan went on to say he didn’t want to elaborate more because he knows what it’s like to have bad stories told about him in the media.

He added: “I don’t really want to talk about it. I’ve had stories told about me, so I know it’s not nice. I don’t want to do that to anyone else. It wasn’t scary for me, just uncomfortable.”

Rodrigo was removed from the house just over a week after he entered.

A representative for the show said at the time: “After a further incident, Rodrigo has been removed from the Big Brother house and will not be returning.”

A source claimed to The Sun the incident that led to the reality star being told to leave was so shocking it would never be aired.

However, shortly after his departure, Rodrigo claimed it was his decision to quit the show as he wasn’t “coping very well”, rather than being asked to leave.

He told the publication: “I was not coping very well to be without my mobile phone and not being in contact with my family and friends.

“I’m no longer interested in the show or anything to do with it. Simply because it wasn’t for me.”

Rodrigo later told the Mail Online that he decided to walk as he was worried about his well-being.

He explained: “I demanded to leave. I was going to scale the wall if I wasn’t allowed to leave.

“I didn’t like it. My co-stars were boring, dirty and I had nothing in common with them. I was claustrophobic.”

During his time in the house, Rodrigo was reprimanded during an episode that aired on August 17 after he used the N-word, telling Dan he was not attracted to him as he was “too white”.

During the exchange, Rodrigo added twice that he would prefer a “[expletive] boy”.

Following the incident, which received more than 1,000 Ofcom complaints, Rodrigo was summoned to the diary room where he was told his language was “unacceptable” and that if he used it again he would be removed from the house immediately.

At the time Rodrigo blamed being excited and drunk for his use of the racial slur and added that he regretted using it.

Did you watch this year’s Celebrity Big Brother? What did you think of the series overall? Leave us a comment on our Facebook page @EntertainmentDailyFix and let us know what you think!