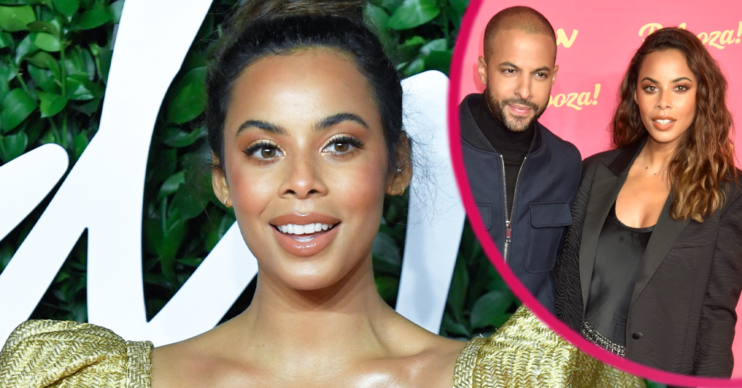 Rochelle Humes’ children: How old are her kids with husband Marvin Humes?

She appears on the Channel 4 programme tonight

The Black Maternity Scandal sees Rochelle Humes in investigation mode, but how many children does she have?

The 32-year-old This Morning presenter learnt about the shock statistics last year, following the birth of her youngest son Blake.

Here’s everything you need to know about Rochelle and her powerful Channel 4 documentary.

She attended The Coopers’ Company and Coborn School in Upminster, where she met future band member Frankie Bridge.

The pair firstly appeared in S Club 8 together, before moving on to pop group The Saturdays alongside Una Healy, Mollie King and Vanessa White.

The band later decided to take a break back in 2015.

Speaking about the former group, Rochelle explained she has no plans to return to music.

She told Red magazine: “I don’t think that lifestyle would work for my family at all. We’re realistic about that.”

When did Rochelle Humes join This Morning?

Rochelle first joined This Morning back in 2013.

As well as regular fashion segments, she has also appeared as a main presenter.

Meanwhile, in 2018, the star filled in for Holly Willoughby during her stint on I’m A Celebrity.

At the time, Rochelle announced: “Thrilled to be joining @thismorning for a little bit. Thanks @hollywilloughby @schofe for having me.

“Have THE best time down under @hollywilloughby and I’ll take good care of your seat while you’re gone.”

Furthermore, Rochelle has also appeared on Ninja Warrior, The Hit List and The Xtra Factor.

Who is Rochelle Humes married to?

The happy couple tied the knot at Blenheim Palace.

Speaking about their wedding day, Rochelle said: “Early in our relationship Marvin and I went for day out at Blenheim Palace and I thought then what an amazing place it would to get married.

“As you drive up, the sight of it takes your breath away. It has got so much history.”

And it didn’t take long for Rochelle and Marvin to start a family of their own.

Alaia-Mai was born the following May, followed by Valentina in 2017.

What has Rochelle Humes said about the Black Maternity Scandal?

Last week, Rochelle appeared on This Morning to discuss her brand new documentary.

When asked if the subject affected her as a mother, she explained: “One hundred percent. I don’t think you have to be a mother for it to affect you. On a human level it’s not okay.

“The disparities are so vast and it’s not okay, and as a mother it broke me really, it really did.”

As a mother it broke me really, it really did

In addition, Rochelle shared: “The main issue that comes to play is that black women aren’t feeling like their pain is being taken seriously or that they’re listened to and that is the underlying issue that comes up time after time.”

Meanwhile, back in February, Rochelle found herself at the centre of a Twitter storm over the doc.

At the time, author Candice Brathwaite claimed she was supposed to host it.