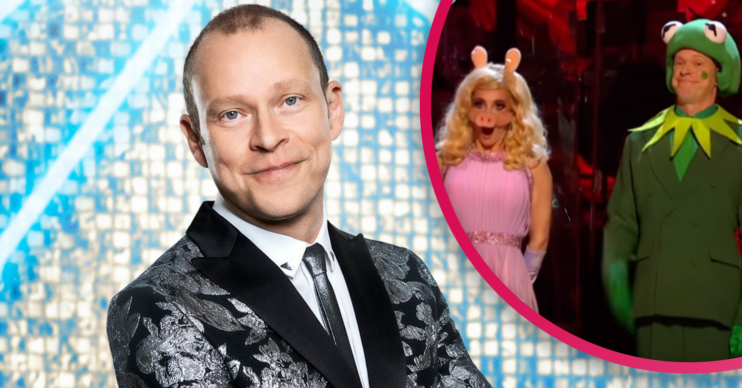 Will bosses have to do some tap dancing to fix the situation?

Strictly Come Dancing star Robert Webb was forced to exit the show last night (October 13) due to “poor health” – but what does that mean for the series going forward?

The Peep Show star explained he was following doctor’s orders and paid tribute to his dance partner Dianne Buswell.

But that means the show will be a dancer short for the rest of the run.

So what will the knock-on effect be?

How will Robert Webb’s Strictly exit affect the show’s run?

According to The Sun, Strictly bosses are “unlikely” to take any “drastic” action when it comes to the rest of the show’s run.

The paper claims Rob’s exit will have some impact on the show’s glittering finale, though, which usually features four couples.

It claims that, this year, the final will instead go ahead with three couples battling it out on the dance floor to win the Glitterball trophy.

There will be no changes to the originally planned episodes of the show.

And they won’t be replacing Robert and Dianne either.

Furthermore, another celebrity will be voted off and eliminated this weekend as planned.

Sadly the legacy of Buswell and Webb has come to an end.

Of course, this is not the first time producers have been left to decide what to do about contestants leaving late in the competition.

Why did Robert Webb have to leave?

Robert, 49, said he thought Strictly would be manageable, despite having open heart surgery two years ago.

The operation followed doctors telling his heart would stop in three months after they discovered a congenital heart defect.

After the op the Peep Show comic was unable to walk or hold a kettle as he began his road to recovery.

He told The Sun his initial diagnosis left him fearing he wouldn’t see Christmas.

After a gruelling recovery period, Robert finally felt he was well enough to take on work.

However, immediately after telling BBC bosses he was quitting, Robert released a statement.

It said: “Two years ago I had open heart surgery and although I believed I was fit enough to take on Strictly and its demanding schedule, it became clear that I had bitten off way more than I could chew for this stage in my recovery.

“I had begun to feel symptoms that led me to seek an urgent consultation with my heart specialist.

“It was her view that it would be better for the sake of my health to step back from the show.”

Finally, Robert added that he was also proud of what he and Dianne had achieved.

What did Dianne Buswell say about leaving the competition?

Next Dianne took to Instagram and said: “Sadly the legacy of Buswell and Webb has come to an end.

“Even though this was short-lived, I have had such an amazing time dancing and working alongside Robert from our wacky cha cha to that serious tango.

Read more: Strictly head judge Shirley Ballas hits back at trolls who brand her ‘old and ugly’ and a ‘man hater’

“Robert showed he could do it all.

“Although I know we had more up our sleeves, Robert’s health is by far the most important part in all of this and I’m wishing him a speedy recovery.

“Thank you to everybody who supported us this series it means the absolute world.”

Strictly Come Dancing continues on Saturday (October 16) on BBC ONE at 7pm and is available on BBC iplayer.

What do you think of Robert exiting? Let us know over on our Facebook page @EntertainmentDailyFix