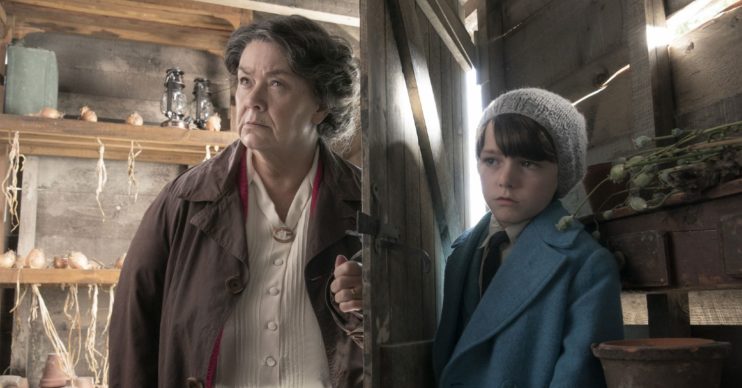 Roald & Beatrix starring Dawn French: When’s it on? How can I watch it?

Dawn French will portray Beatrix Potter in Sky One’s Roald & Beatrix: The Tail of the Curious Mouse – but when’s it on and how can I watch it?

The popular TV actress will ditch her Vicar of Dibley cassock when she joins an all-star cast for a heart-warming Christmas film.

Here’s everything we know about the one-off drama.

The film is set in the 1920s and inspired by the true story of when a six-year-old Roald Dahl meets his idol Beatrix Potter.

The channel promises “a magical story of what really can happen when you are brave enough to follow your dreams”.

And we all need a bit of magic right now!

We follow famed author Beatrix Potter who is coming to the end of her career, and being hounded by her publisher.

Two hundred miles away in Wales, we meet an anxious young boy called Roald, who has recently lost his older sister and now his father.

Having found solace and comfort in books, he is encouraged to visit his hero Beatrix Potter…

“As filmmakers in the middle of a world-wide pandemic, we are similarly embarking on a journey – quite unlike anything any of us have ever experienced.”

Read more: Roald Dahl’s Matilda is reportedly set to be turned into a musical for Netflix

Roald and Beatrix: The Tail of the Curious Mouse will air on Christmas Eve at 8.15pm.

You can also catch it on NOW TV from Christmas Eve onwards.

The uplifting 90-minute comedy drama will air on Sky One from Christmas Eve.

It will also be available on the streaming service NOW TV.

Sky has released its first trailer of the film (see below).

We see Beatrix Potter meeting the young Roald for the first time in a snow-covered landscape.

Jessica Hynes, Alison Steadman and Nina Sosanya all appear in the trailer, and you might just recognise the train driver…

Roald & Beatrix: The Tail of the Curious Mouse air on Christmas Eve on Sky One at 8pm.