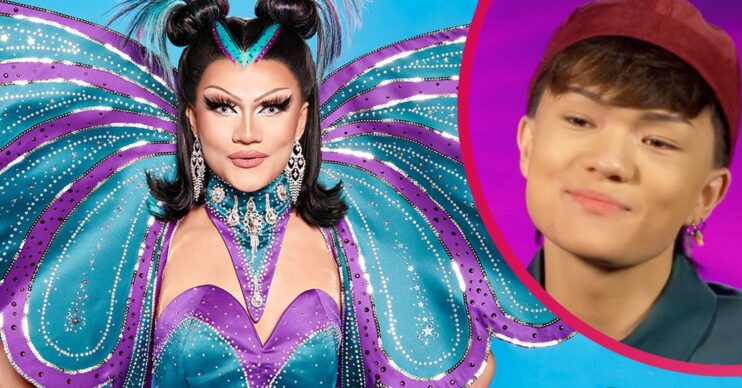 Meet River Medway: RuPaul’s Drag Race UK 3 star ready to camp it up for the crown

Will this queen sink or swim in the competition?

Within the first episode, she proved memeworthy with her interpretation of a Thomas Waghorn statue.

Hilarious from the start, River now has to keep up that energy for the next 10 weeks in order to make it to the finale.

But if anyone’s born for it, it’s this star, with her young age hiding nearly a decade of preparation.

Here’s everything you need to know about her.

River, 22, describes their drag as ‘camp, feel good and shallow’, and said: “It’s not that deep! Don’t take it too seriously babe.”

Half British, Half Singaporean, the Kent native is often inspired by their hometown. The River Medway is actually the nearby river of the town.

In the opening show she declared she chose the name because she was ‘shallow and full of s**t, just like me’.

“Because there’s so little drag in Kent, there’s no specific style,” she said. “And because of that, it’s allowed me to do what I want. And here I am – a beautiful butterfly!”

She is a theatrically trained performer, and started doing drag aged 15. She turned pro two years ago and hasn’t looked back!

What has River said about joining Drag Race?

Because of her history as a drama student, River said: “I’d love to do a Rusical! That’s really my thing. I’m really competitive – I am in it to win it.

“I want to strut on that runway and show everyone what I can do.”

However, unlike the real river, the reason behind the young queen’s appearance runs deeper.

“The idea that young queer people might be watching this show and I want them to look at me and know they can do this,” she said.

“I needed that when I was growing up. As much as I want to win – knowing that alone is the best gift.”