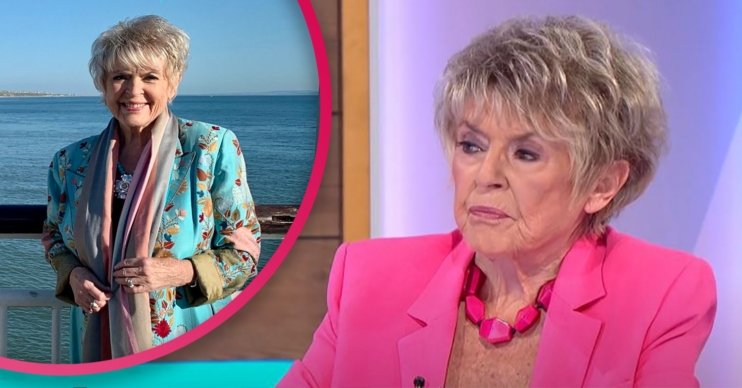 She was put on the list for a show she fronted

Rip Off Britain star Gloria Hunniford was once left living in fear after discovering she was on an IRA kill list.

The veteran presenter, who is back on-screens in Rip Off Britain tonight (August 26), revealed back in 2017 that she was frightened for her life after learning she was a possible target for the Irish Republican Army.

In the programme she’d record messages for families of British soldiers serving in Northern Ireland.

But while Brit troops found the show morale boosting, the IRA were less than keen on it and she was added to their list of targets.

What did Rip Off Britain star Gloria Hunniford say about the IRA?

Gloria spoke out about the incident on Good Morning Britain four years ago.

She said: “I remember we visited one family in Northern Ireland at their home. After the niceties of tea and biscuits, the father said: ‘Look, I’ve got to tell you, you’ve been placed on the IRA hit list for that army programme you’ve been doing.'”

The star went on to explain how she had to learn how to check her car for explosives.

She added: “The first few weeks after, people came to my house to show me how to check for trip wires under my car.

“But the ironic thing is that after a few days, it all subsides and you forget to keep looking under your car.

“It’s almost like an acceptance. You can’t let terrorists win. You have to get on with life.

“At first, I was aghast. But then I thought, you know what, I’ve been doing this show for seven years now so whatever harm they think we’ve done, it’s already done.”

Who is Gloria Hunniford?

Fortunately, Gloria lived to tell the tale and continue her television career which has spanned over 50 years.

Gloria is a TV legend and has fronted shows such as Loose Women and Rip Off Britain.

She has been a key figure on British television since the 1970s and is still going strong, despite celebrating her 81st birthday back in April.

Gloria was born in Portadown, County Armagh, Northern Ireland in 1940. Her mother was a baker while her dad worked for the local paper with a part-time side hustle as a magician.

Her name might be one of the biggest in television but Gloria recently revealed that she once hated it.

Speaking in December 2020 on Gloria: My Life On TV, a documentary celebrating her career, she said: “I hated the name ‘Gloria’ when I was young.

“Because I used to think why would you call a child Gloria. Imagine if you were two years old going ‘Gloria, come in, come in.’ I hated it.”

She first hit our screens in the 1970s when she became a presenter of Good Evening Ulster.

Prior to her big break in presenting, Gloria worked as a BBC production assistant in Belfast. She landed her big break as the presenter of Good Evening Ulster in the 1970s.

Gloria went on to become one of the biggest names in British TV.

The star tragically lost her daughter, Caron Keating, to breast cancer in 2004.

Gloria revealed she was once furious after discovering there was a cancer drug which could have helped Caron, who was just 41 when she died.

In another resurfaced interview with GMB, Gloria revealed how she was approached by a doctor.

She said: “I was a Cancer Research dinner one evening when a consultant came into the room and unveiled this amazing new drug.

“After the presentation, he came over and said that while he was giving his speech, he couldn’t help but think that this drug had come along four years too late for my daughter.

“If she’d had the benefit of this drug when she was ill, she could sill still be alive.

“When I was told this, I remember feeling so angry and frustrated. However, Caron was given the prognosis of living for just a year and a half, she went on to survive for seven years.”

Caron had followed in her famous mum’s footsteps as a TV presenter.

Rip Off Britain airs tonight (August 26) at 7pm on BBC One.