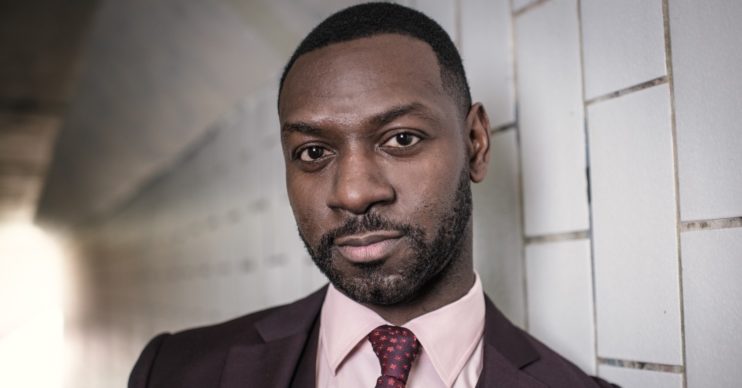 Richie Campbell plays DS Glenn Branson in Grace: What’s he been in before?

The actor has appeared in several other iconic police dramas!

Here’s everything you need to know about the character and the actor who plays him!

Who plays Branston in Grace?

Richie Campbell portrays DS Glenn Branston in ITV1’s Grace, based on the novels by Peter James.

Detective Sergeant Branson is a bright and ambitious police officer who has progressed quickly through the ranks of the force.

He’s a great friend to DS Roy Grace, who has been a mentor to Glenn throughout his time in the force.

Married to Ari, a radiologist, they have two children: Sammy and Remi.

Actor Richie says: “The scripts for Grace were brilliant. There were a lot of twists and turns, things I didn’t expect.

“The whole Branson and Grace relationship was also cool.

“There’s a bit of ‘buddy cop’ going on but also much more.

“They have a history which makes them feel like real characters who have really lived.”

Teasing more films, he adds: “It was a great time and I really enjoyed working on Grace and there is certainly plenty of scope for many more films if the audience like what they see.”

Who plays Branson in Grace? What else has Richie Campbell starred in?

He later portrayed Ndale Kayuni in Waterloo Road, and Sergeant Nightingale in The Frankenstein Chronicles.

The actor won a Screen Nation Award for his portrayal of Dominic Hardy in TV show The Bill, and has also had recurring roles in The Silence and Channel 4 drama Top Boy.

More recently, he played Liam Sutcliffe in series one and series two of ITV1’s Liar.

He’s appeared in the films Wilderness, The Plague, The Firm, Victim, Fast Girls and Get Lucky.

Richie has been on our TV screens since 2006.

How old is Richie Campbell?

Richard Campbell was born on February 8 1982.

He is currently 39 years old.

Richie was born in Hackney, London.

He grew up in North London to Jamaican parents.

Who plays Branson in Grace? Is Richie married or single?

Richie is not married.

He’s believed to be single at the moment.

There is no evidence of any love life on his social media accounts, so form an orderly queue!

Will be be seeing more of Richie on our TV screens?

Richie will appear in the second Grace film Looking Good Dead, due to air later this year.

The film, based on the Peter James book of the same name, sees Branston and Grace investigate the death of a young woman whose body is found butchered in Brighton…

Grace airs on Sunday March 14 2021 at 8pm on ITV1. The second film Looking Good Dead will air later this year.