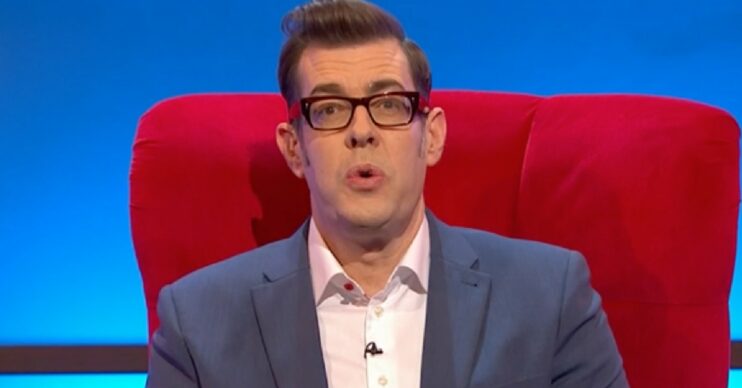 The BBC star was born with the complex condition

Richard Osman is known for his popular quiz show House Of Games, but fans may not realise that he actually suffers from a complex eye condition.

The 50-year-old presenter, who sports thick black glasses, has previously opened up his eyesight struggles.

But what does Richard suffer from? And how does it affect his daily work?

What does Richard Osman suffer from?

The Pointless star was born with nystagmus, an eye condition that dramatically reduces his vision.

Richard previously opened up about his health battle in 2013.

He told the Daily Mail: “Staring at a fixed point when your eyes are constantly moving can make you feel nauseous and you want to look away. I prefer my head and body to be off-centre, like in Pointless.”

Despite there being no cure to the condition, it hasn’t stopped Richard in his career.

In fact, the condition has actually worked in his favour.

Richard added: “I don’t think I’d have the career I have now if I didn’t have poor eyesight. When I am editing a TV programme, there is no point asking me about a certain camera angle or the lighting. I can’t really see it. I want to talk about the feel of the show.

“I’ve found that while everyone else is thinking about what the set looks like, I am thinking hold on, that joke did not work or that relationship between those two people is not where it should be, and that is all I am focusing on, which is a useful skill.”

Richard’s mother Brenda also has nystagmus, while his older brother Mat does not.

But what exactly is the eye condition?

According to the NHS website, nystagmus is a rhythmical, repetitive and involuntary movement of the eyes.

The movement is usually from side to side, but can sometimes be up and down.

However, a person suffering from nystagmus has no control over the movement.

While nystagmus can lead to blurry version, other symptoms include problems with balance, sensitivity to light and dizziness.

Difficulty seeing in the dark is another apparent side effect.

Although glasses will not cure the condition, they do help with reduced vision.

When is Richard Osman’s House of Games on?

The show sees celebrities test their general knowledge skills in a series of entertaining trivia-based games.