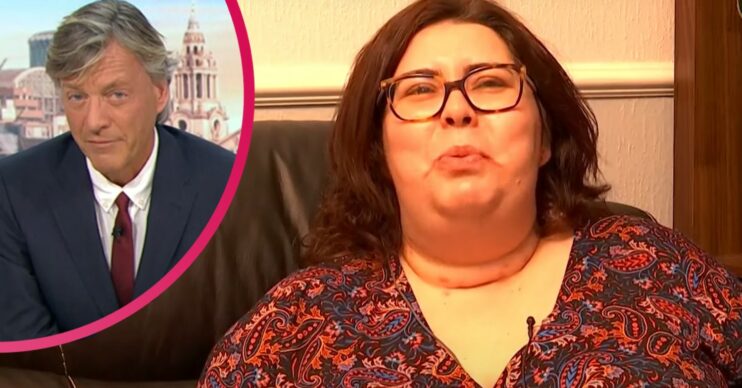 She was in a coma for a month

Richard Madeley has been branded “immature” for his reaction to a story on GMB.

A nurse who spent 28 days in a COVID-19 coma fighting for her life appeared on Good Morning Britain today (January 12) to discuss her recovery.

She revealed that medics gave her Viagra as part of an experimental treatment regime.

As a result, she claims the drug saved her life.

“When I was intubated I signed up for a study to allow my medical team to give me whatever it takes to get me better,” said Monica Almeida.

“It was actually made for cardiac issues. What we use it for in this day and age – erectile dysfunction – that’s a secondary effect.”

“In my case, I was told I had 72 hours to turn a corner or my ventilator would be turned off.”

Viagra was originally developed for heart patients because it expands the blood vessels.

“Within 48 hours my oxygen requirements had lowered to less than 50%.”

“My kidneys. My heart. All my other organs coped quite well. However, when we say Viagra saved me, we have to have the context in what the medication was actually made for,” said Ms Almeida.

She then revealed that she found some comments about her treatment “rude” and revealed some people ask if it’s for her or her husband.

When the cameras panned back to Richard, he could be seen smiling.

How did Viagra help cure COVID?

As a result, Dr Hilary went on to explain to viewers why Viagra helped in this specific case.

He said: “The trouble with COVID is it creates profusion issues so that the diseased lung has too much blood in it and not enough oxygen. And the opposite is true in a healthy lung.

“However, by taking sildenafil [Viagra], you open the blood vessels to get better profusion into the lungs.”

Viewers slam Richard Madeley for ‘acting like a child’

Despite the serious nature of the topic, GMB viewers were left baffled by Richard’s “immature” reaction to discussing Viagra.

Madeley’s schoolboy humour is so apparent.

I thought everyone knew that viagra was originally used for heart disease 🤔. Richard unsurprisingly acting like a 12 year old 🙄 #gmb #goodmorningbritain

“I thought everyone knew that Viagra was originally used for heart disease. Richard unsurprisingly acting like a 12-year-old #gmb #goodmorningbritain,” said a second viewer.

“Madeley’s schoolboy humour is so apparent. Immature man!” another declared.

Meanwhile, another poked fun at Richard’s use of words, saying: “Richard Madeley calling the ‘Viagra’ story on #gmb ‘uplifting’.”

So what did you think? Leave us a comment on our Facebook page @EntertainmentDailyFix and let us know.