Richard Madeley revealed he was told off by his sister over comments he made about climate change and David Attenborough this week.

During Tuesday's edition of Good Morning Britain, the presenter was criticised by viewers for saying David is "not a saint" and "just a broadcaster" during a debate about climate protests.

On Wednesday's show, Richard addressed the backlash he received and said his older sister, Liz, was his harshest critic. 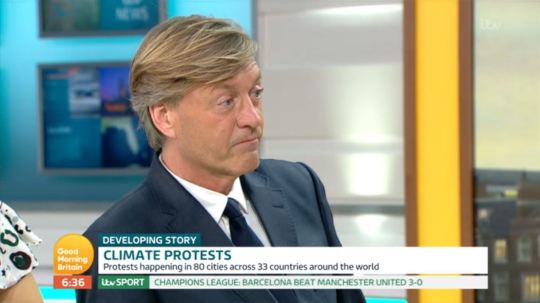 Richard said: "We sort of had a vigorous debate about it yesterday.

"Typically you get hammered on Twitter as people tell you what they think. My main beating up was from my big sister. She was on the phone after the show."

He continued: "Basically she’s very pro liberal protesting and when you annoy your big sister…" as the panel laughed.

It came after he made comments about David that didn't sit well with viewers. 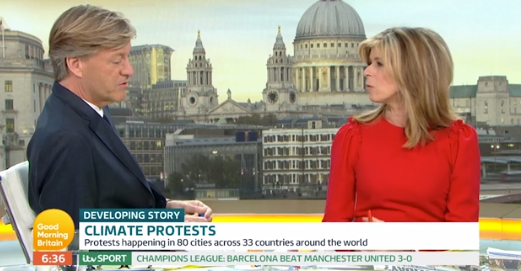 Richard and co-star Kate Garraway were speaking to a climate change campaigner during yesterday's show.

Dr Gail Bradbrook, who was on to discuss the environmental protests in London, told Richard that while she does "apologise for the inconvenience" caused by the protests, she worries her young sons won't have enough food to eat in just "a few years' time".

My main beating up was from my big sister. She was on the phone after the show.

Referencing the celebrated documentary maker, she added: "Sir David Attenborough said the collapse of this civilisation could happen soon."

Richard responded: "He's not a saint, you know. He's just a broadcaster." 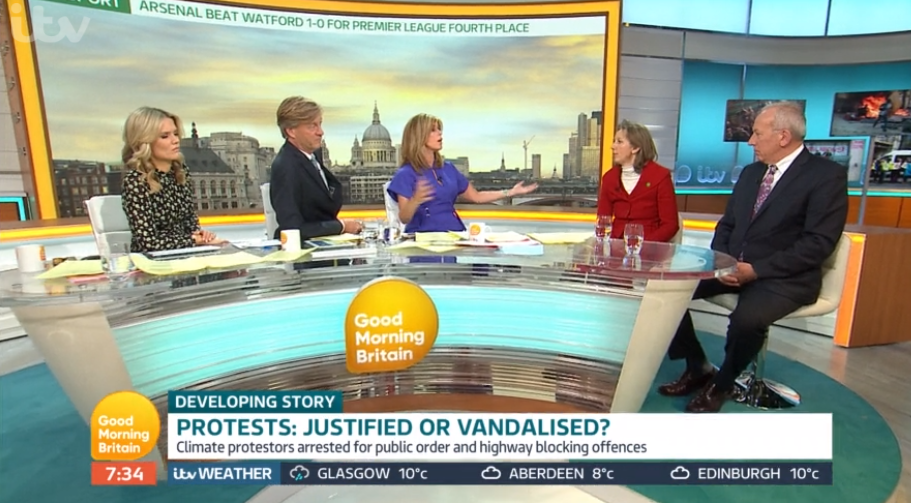 Richard came under fire for saying David is "not a saint" and "just a broadcaster" (Credit: ITV)

Viewers rushed to Twitter to blast Richard for his remarks.

One person wrote: "@richardm56 to call Sir David Attenborough just a broadcaster is a tad disrespectful. Imagine if I called you just a [bleep]."

Another said: "Richard what's-his-face calling Sir David Attenborough 'just a broadcaster' is exactly the reason why I refuse to watch #GoodMorningBritain the rest of the week. What a disrespectful arrogant little oaf. Hurry up back Piers [Morgan]!" 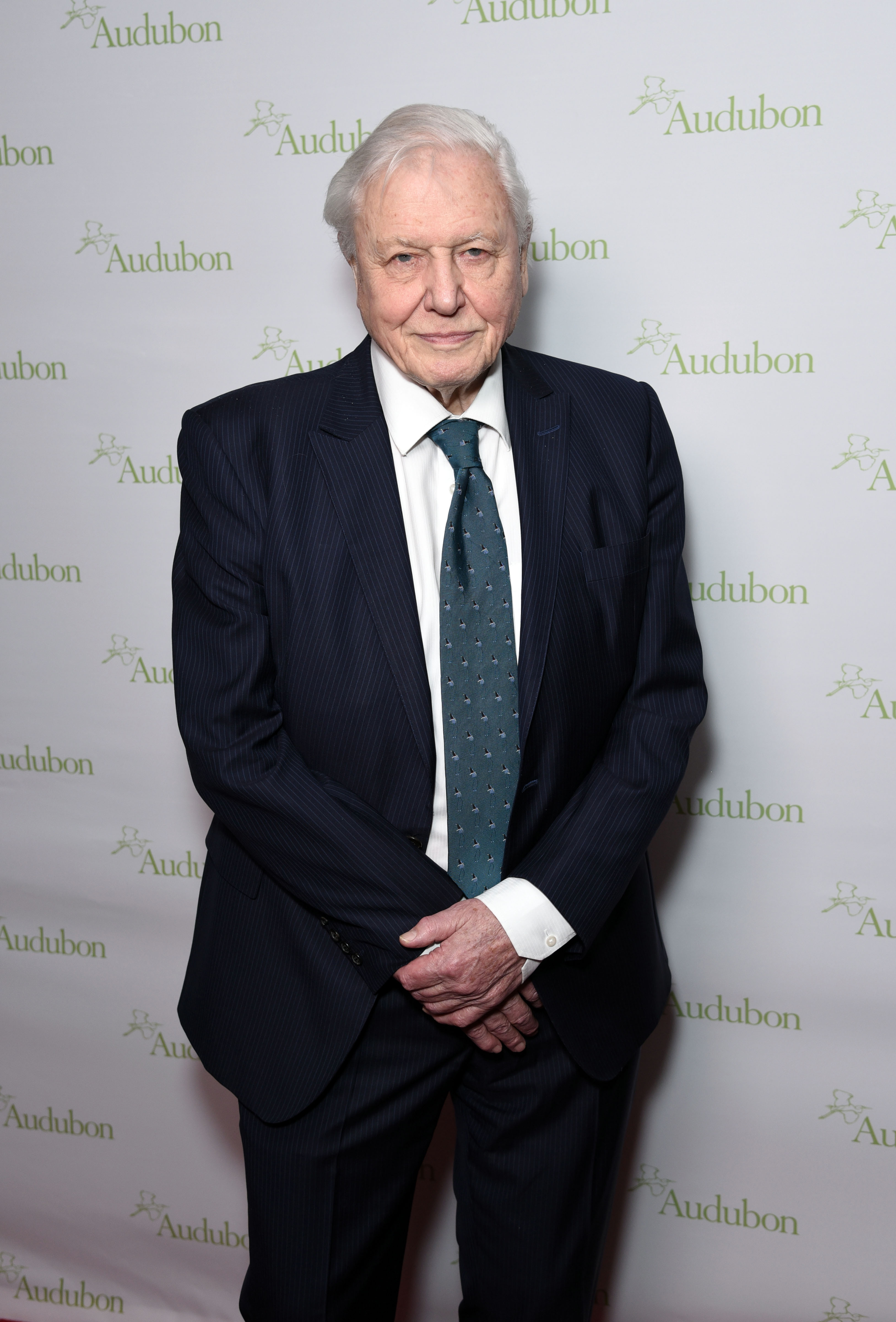 Someone else wrote: "Don't you ever disrespect David Attenborough like that again."

Richard backtracked somewhat shortly after, telling viewers he meant "no disrespect" to the naturalist, calling him "peerless" and a "national treasure".