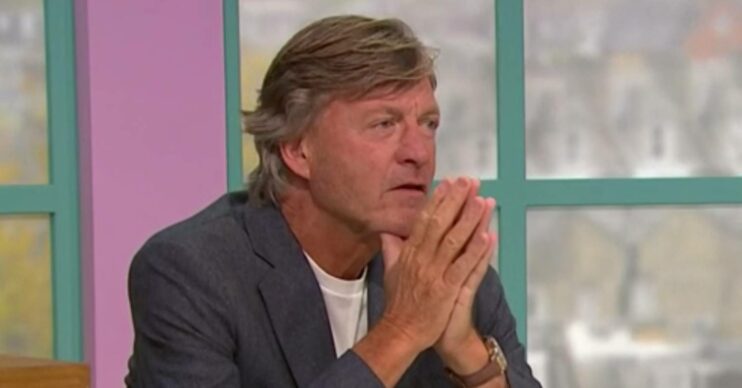 Reckons he's 'top of the pile' since Piers Morgan exit

Richard Madeley made a surprising confession about his GMB future during an appearance on Sunday Brunch earlier today (June 12).

Presenter Richard was a guest on the Channel 4 show alongside the likes of Davina McCall and Rev Richard Coles.

The 66-year-old told hosts Simon Rimmer and Tim Lovejoy he is taking a lengthy break from GMB over the summer.

But Richard also indicated he will be back later this year – even if he doesn’t fret about how long he might be part of the ITV series for.

Richard has been one among many famous faces to step in since Piers stormed out of the studio.

But Richard reckons he is “top of the pile” of those who have filled in. However, he admits that does not mean he will always be so.

He said on Sunday Brunch: “Since Piers left, as you know, his chair has been a kind of rotating gig and all sorts of presenters have come in and done it.

“It is true that of late I’ve kind of risen to the top of that pile I suppose.

“But I don’t know for how long as I’m on quite a short contract.”

On possibly being ditched from GMB in the future

Richard also indicated he is “fine” with the thought of the breakfast TV gig coming to an end.

He suggested he would have no hard feelings if TV bosses decided to go with someone else.

As for next year I have no idea.

“I don’t know what’s going to happen,” Richard went on.

“I’ve got quite a big break in the summer, I’m going to France and then I’ll be back quite a lot in the autumn.

“But as for next year I have no idea and that’s fine for me. I’m not chasing it, you know.

“If they turn around and say: ‘We’re relaunching the programme and thanks Richard for all the fish but we’re going to use so and so,’ that would be fine with me.”

Richard added he takes on projects he enjoys at this stage of his life, rather than trying to move his career on.

Good Morning Britain airs on ITV, weekdays, from 6am. Sunday Brunch airs on Channel 4 on Sundays from 9.30am.