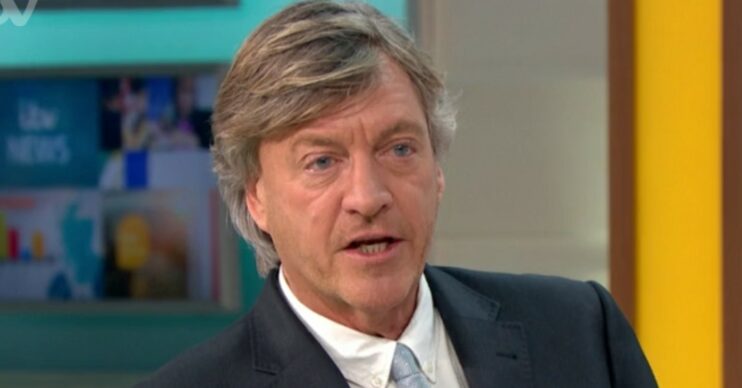 Richard Madeley has broken his silence on GMB after coming under fire for his comment about death threats.

On the ITV show yesterday (February 15), the presenter discussed the fallout from Boris Johnson‘s discredited claims about Keir Starmer and Jimmy Saville.

The ordeal has since caused the Labour leader to receive death threats online.

Richard, 65, appeared on the show alongside Susanna Reid earlier this week.

The pair were also joined by Andrew Pierce, consultant editor of the Daily Mail.

During the debate, Richard said: “Now, we learned yesterday that Keir Starmer says he’s getting death threats online – people calling for his execution.”

Andrew added: “Well, I think politicians get that all the time.”

Richard responded: “I was going to say, actually, is that that big a deal?”

But his remark didn’t sit well with some viewers.

Criticising the host, one tweeted: “So I take it if Richard Madeley starts receiving death threats he and his family would treat it as no big deal? Why are these people on national TV?”

Another added: “Richard Madeley. Legitimising death threats on @GMB? Why is @ITV continuing to give him a platform? RT if you agree #MadeleyOut.”

Is that that big a deal?

In addition, a third commented: “If Richard Madeley got regular death threats, I wonder if he’d think it a big deal.”

A fourth shared: “@GMB this is also proof that Richard Madeley isn’t up to the task of serious interviewing, something I suspected for a long time, but this confirms it.”

At the beginning of the show, he said: “It was a really busy show yesterday, we had so much to do. I want to say one thing very quickly at the top here.

“I tried to pose a question on one of our early discussions on the programme about how prolific online death threats are.

“I didn’t actually quite press it properly, I didn’t go into it enough.”

It comes after GMB viewers have called for Richard to be “fired” from the ITV programme.