The presenter will be filling in for Piers Morgan for the next three weeks alongside Charlotte Hawkins as Piers and Susanna Reid enjoy a break for Easter. 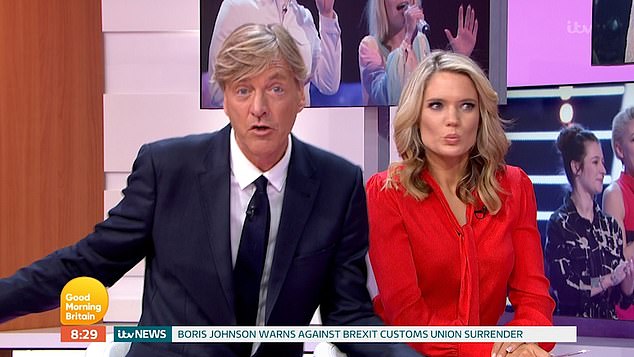 He asked Molly at what point she thought: "[Expletive] I won it?"

While Molly, Olly and Charlotte didn't appear to acknowledge Richard's naughty slip of the tongue, viewers definitely did.

Apparently I may have said the word beginning in S and ending in T. I didn’t realise I’d said it.

A third wrote: "I was genuinely having a [bleep] when I heard the voice of Richard exclaim 'Oh [bleep]' from the living room... thought I'd imagined it... apparently not. #gmb."

Another tweeted: "Did Richard just say '[bleep]' #gmb," while one said: "Naughty Richard. He said '[bleep]' on live TV."

Richard later apologised for swearing and it appeared that he didn't realise he had said it.

He said: "Apparently I may have said the word beginning in S and ending in T. I didn’t realise I’d said it.

Richard returned to co-host the show today as Piers and Susanna take a break from presenting duties.

The presenter told co-star Charlotte: "You're stuck with me for three weeks. It's great to be here and lovely to be working with you again Charlotte. But you could have made an effort." 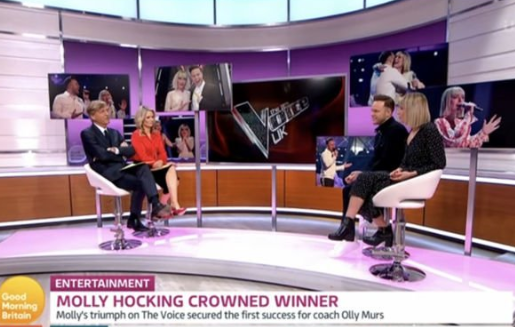 Viewers were divided over Richard's return, with many loving him while others wanted Piers back.

One person wrote on Twitter: "#gmb Great to have Richard Madely presenting. Quality!"

Why on Earth have they got Richard Madeley back on #GMB his interview skills are shambolic! Bring back @piersmorgan 🤦🏼‍♀️

Did you enjoy having Richard back on the show? Leave us a comment on our Facebook page @EntertainmentDailyFix and let us know.