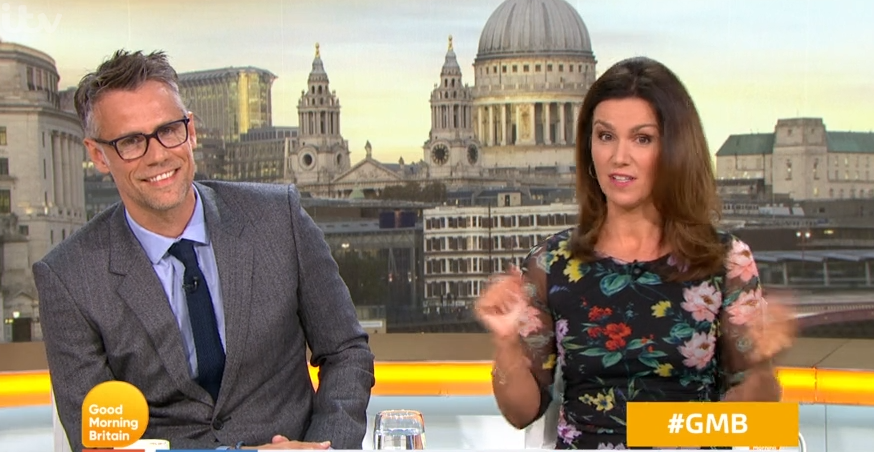 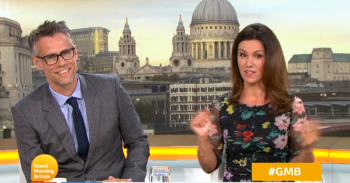 The TV host was a welcome change

Richard Bacon stepped in to co-host with Susanna Reid – and he seemed to prove more popular than Richard Madeley, who has been filling in for Piers in recent weeks.

The former Big Breakfast host helped take the reins whilst Piers has an extended Easter break in the US.

Richard, who now lives in Los Angeles, seemed right at home alongside Susanna as they steered the breakfast show.

The 43-year-old TV star hasn’t fronted a UK morning show since his time on The Big Breakfast in the nineties.

Viewers soon voiced their thoughts about the change-up on social media.

One tweeted: “@GMB At last …. Richard Bacon a great stand in …. bring him back.”

A third agreed, adding: “@GMB Enjoy Richard Bacon on the tv this morning! Definitely bring him back again…”

And another fan praised Richard for allowing Susanna, 48, to talk more than usual!

“Great to see Richard Bacon on @gmb nice to hear some new views and great to hear @susannareid100 talk again,” they wrote.

@GMB At last …. Richard Bacon a great stand in …. bring him back

@GMB Enjoy Richard Bacon on the tv this morning! Definitely bring him back again …

Great to see Richard Bacon on @gmb nice to hear some new views and great to hear @susannareid100 talk again .

Richard revealed he was excited to get the gig and insisted he wasn’t nervous to step into 54-year-old Piers’ shoes.

He said ahead of hosting the show: “No, I’m really excited to be Piers Morgan’s understudy! I know Piers and Susanna quite well. We hang around a lot in LA.

He also touched on his previous Twitter spats with Piers and said he’s not bothered about everyone liking him.

Richard added: “A lot of my spats and arguments online are with Piers Morgan, so if he’s still on holiday, I’m less likely to get into an angry spat on GMB! I’m really comfortable getting into it. I’ve never gone out to be liked by everybody.”

But Rich won’t be staying around for long…

He was jokingly handed his P45 by GMB’s editor live on air today.

Piers has now landed back in the UK and is due to take back his seat next to Susanna on Monday.

Are you looking forward to Piers’ return? Leave us a comment on our Facebook page @EntertainmentDailyFix and let us know