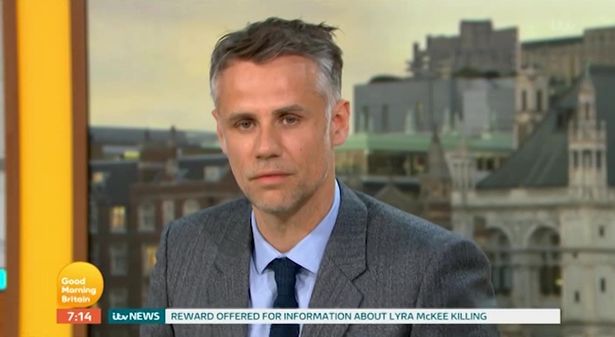 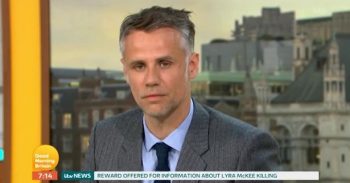 Richard Bacon’s appearance on Good Morning Britain seemed to go down a storm with viewers today, until one pointed out his “annoying habit”.

The former Blue Peter presenter, 43, stepped in to co-host with Susanna Reid as a replacement for Richard Madeley, who has been filling in for Piers in recent weeks.

And dare we say it, Richard proved a much more popular choice!

Whilst Piers enjoyed an extended Easter break in the US, Richard helped present on Thursday (April 25) and all was going smoothly until a viewer wrote in to complain.

Susanna revealed that the guest host had received a complaint during the live episode.

She said: “We’ve had a complaint. A viewer says ‘loving Richard Bacon, but what’s up with the glasses?’

A slightly offended Richard told viewers that he had only recently started to wear the spectacles and that he’s still getting used to them.

He said: “Oh that, well do you know what, I’m new to wearing glasses. I do need them for reading.

“I’m a little bit unsure, but what do you think? Shall I leave them on or off?”

Susanna then clarified that while Richard needs the glasses for reading his notes in front of him, he doesn’t need them for reading the autocue.

Susanna urged Richard not to worry and encouraged him to ignore the complaint and keep wearing his glasses.

She added: “I think [the viewer] might have to just live with it. Sorry, about that.”

Richard hasn’t fronted a UK morning show since his time on The Big Breakfast in the 90s.

Viewers soon voiced their thoughts about the change-up on social media.

One tweeted: “@GMB At last… Richard Bacon is a great stand in… Bring him back.”

A third agreed, adding: “@GMB Enjoyed Richard Bacon on the TV this morning! Definitely bring him back again.”

And another fan praised Richard for allowing Susanna, 48, to talk more than usual!

“Great to see Richard Bacon on @gmb. Nice to hear some new views and great to hear @susannareid100 talk again,” they wrote.

Sadly for Richard fans, Piers has now landed back in the UK and is due to take back his seat next to Susanna on Monday.

Team Bacon? Team Madeley? Or Team Morgan? Which are you? Leave us a comment on our Facebook page @EntertainmentDailyFix and let us know what you think!