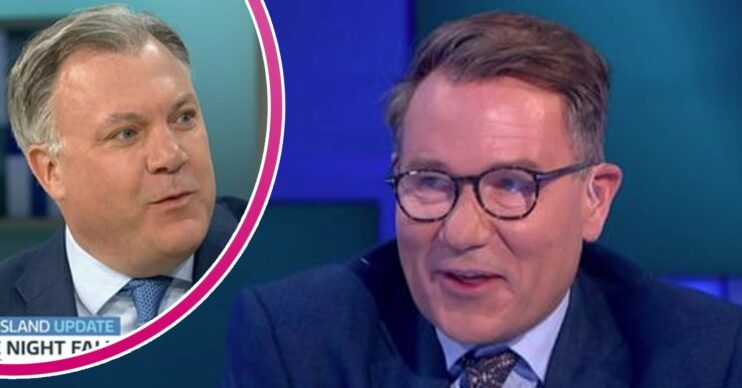 Is this why the pair had 'tension' on set?

Good Morning Britain viewers were stunned this week as Ed Balls and Richard Arnold clashed in the studio.

The former politician and the entertainment reporter had a tense moment as they tried to discuss Love Island.

With most of the show taken up with news of the heatwave, they soon asked Richard about what was happening in the ITV2 dating show.

However as Richard tried to get his words out Ed kept interrupting him.

Co-host Ranvir eventually asked Richard: “What is going on on Love Island, from your point of view, what is being exposed?”

But Ed couldn’t resist interrupting again adding: “Movie night was not a good night for the boys was it?”

But Richard snapped and cut him off, telling him: “Well you’ve practically done all the item, Edward.”

As Ed tried to backtrack, Richard then responded: “Enough about the tension here on the Good Morning Britain desk.

“Can we crack on with it? I’ll speak if you let me. Thanks.”

The awkwardness was felt by all – and it can now be revealed it’s not the first time the pair have clashed.

Back in January Ed was slammed by viewers for a rude comment about Richard.

To celebrate Burns Night, Richard appeared on the show in a kilt.

But as he explained to Susanna Reid how he was raised for many years in Scotland, Ed interrupted.

“Are you actually – I’ve always wanted to know, are you naked under the skirt?” he asked Richard.