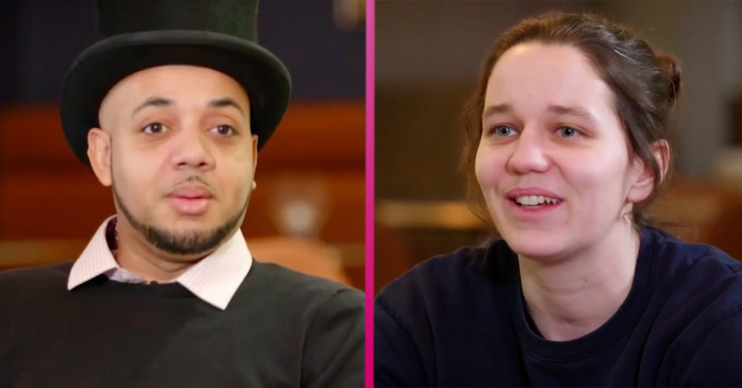 She's been surviving on just £53 per week

Why is Jodie out of work?

Due to the pandemic, youth worker Jodie was forced to give up her job to care for Jodison – and that’s when financial hardship set in.

Jodie revealed she was living on just £53 per week after giving up her job because she couldn’t afford childcare.

She was left with the minimal sum after paying out bills and rent from her benefits.

However, she was offered a lifeline by property tycoon Ayo Gordon during Rich House, Poor House on Channel 5 last night.

Viewers watched as Jodie soon discovered that the high life wasn’t for her.

She said: “Although they’ve got fancy cars and a fancy apartment, I still feel like I’m the richer one as I’ve got my child, and that’s better than money can buy.”

Read more: Why is John Corbett’s wife back in Line of Duty?

She didn’t enjoy a fancy meal a private chef prepared for her and friend Leah on her final night in Ayo’s luxury Battersea apartment.

Although they’ve got fancy cars and a fancy apartment, I still feel like I’m the richer one as I’ve got my child, and that’s better than money can buy.

However, she did enjoy splashing out on a trip to the zoo with Jodison and loved the fact that she could buy her son a tablet.

Over at Jodie’s house, Ayo and his business partner Patrick were seen struggling with their £5-per-day food budget.

However, Ayo did realise just how much Jodie was struggling and decided to help her out.

What happened when Jodie and Ayo met on Rich House, Poor House?

Despite their lives now being poles apart, Ayo revealed that he and Jodie actually had a similar start in life.

He grew up on a council estate and then went into care after his mum was sent to prison.

However, after buying his first home eight years ago, he now has a property empire worth £6 million.

And, with that in mind, he offered Jodie a lifeline.

He told her that he wanted to offer his mentoring services, which help people struggling with debt get back in the black.

Ayo said: “I’d love to give you the opportunity and get you to the point where you could obviously be making the extra money that you need to make.”

Business partner Patrick added: “You’ve got absolutely every tool. You can talk, which means you can sell.”

Later, Jodie revealed her gratitude to the men and said: “To have somebody who could potentially mentor or guide me in the right way to build myself and become successful makes me feel really happy because at the moment I just feel lost.”

How did Channel 5 viewers react?

“I think Jodie is such a genuine person, has far better morals than many and I wish her all the best for the future,” she one.

Another added: “What a lovely person Jodie is.”

What did you think of Rich House, Poor House on Channel 5 last night? Tell us on our Facebook page @EntertainmentDailyFix.