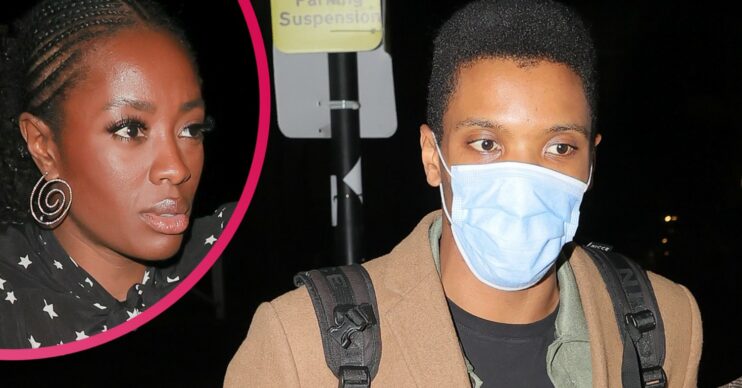 AJ has sadly been forced to pull out of the show due to a torn ankle ligament that made her appearance impossible.

As a result, rumours emerged that Rhys could be replacing AJ in the final.

However, the TV presenter quickly took to Instagram to hit back at the claims.

In a message to fans, he said he “values his mental health” too much to try and prepare for the Strictly final with two days notice.

Speaking on Instagram yesterday, Rhys said: “I’ve had a lot of messages from people asking if I’m going to be in the final now as AJ has hurt herself. Let me tell you now… absolutely not!

“I value my mental health too much. I’m going to go there and enjoy myself and have a good time. That ship has sailed. It would be lovely, but not with two days to go.”

Meanwhile, AJ shared the news of her injury on social media on Friday.

Fans have been left devastated by the news, with many sharing their shock on social media.

In a heartbreaking post, the Strictly star she said that she will “treasure” her time on the show “forever”.

She said: “I’m deeply upset that I am unable to perform in the final due to a torn ligament in my right ankle. Learning to dance over the last 13 weeks has been an incredible honour and to do it alongside someone as special, patient and devoted as Kai [Widdrington] is something I’ll treasure forever.

“Thank you to the Strictly family for the experience, the medical team for trying to get me back on my feet and mostly, to everyone at home for watching and supporting. You’ve made this experience one to remember.

“Strictly Come Dancing has been a lifelong dream and I’m glad it came true. Good luck to my partners in dance, John [Whaite] and Johannes [Radebe] and Rose [Ayling-Ellis] and Giovanni [Pernice]. I will be cheering you on (on one leg!).”

The Strictly Come Dancing final airs on BBC One, tonight, from 7:10pm.

Meanwhile, will you miss AJ and Kai on Strictly Come Dancing? Head to our Facebook page @EntertainmentDailyFix and let us know.