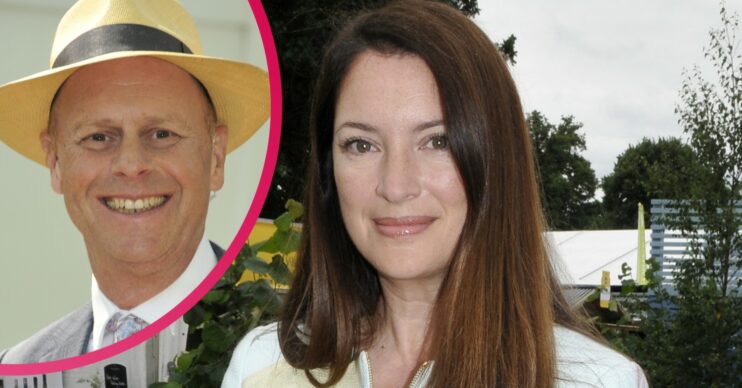 RHS Hampton Court Palace Garden Festival on BBC Two: Who are the hosts?

It's the 30th anniversary of the world's largest annual flower show!

The BBC bring green-fingered – or well-intentioned – viewers highlights of this year’s RHS Hampton Court Palace Garden Festival – so who are the hosts in 2021?

Arit is an award-winning garden designer and writer.

The 55-year-old TV presenter comes from Isleworth in south-west London.

She often appears on Garden Rescue with Charlie Dimmock, and regularly pops up on Gardeners’ World.

Her gardening career began to bloom when she won the Fresh Talent Award at the RHS Chelsea Flower Show in 2013.

Arit is married to husband Scott, and has two step-children called Harvey and Freya.

Her step-children have featured in an episode of Gardeners’ World where it was clear they share Arit’s love of the outdoors.

Freya, 14, said she is growing potatoes, onions and cucumber.

He is a regular on the BBC’s Gardeners’ World, as well as co-presenting various gardening events.

He is co-founder and Design Director of Modular Garden – a garden design and build company.

Joe Swift has designed many gardens on TV, including one for Comic Relief.

He has written at least three books including The Plant Room, Joe’s Urban Garden Handbook, and Joe’s Allotment.

Joe also has a very famous dad – his father was the late Keeping Up Appearances actor Clive Swift.

Read more: Gardening with Carol Klein: How old is Carol Klein and where is her garden?

If gardening helps her look THIS good, we’re off to buy a landmower.

Rachel was born in Stepney, London, in October 1961.

As a girl, Rachel studied ballet and drama.

While pregnant with her first baby, she was recruited by a modelling agency and went on to enjoy a successful modelling career.

During a brief fling with acting, she appeared in the BBC series Merlin and in the British feature film Bodywork (credited in both productions as Rachel Colover).

However, in 1998, Rachel decided to indulge a passion for plants and gardening and enrolled at the English Gardening School, studying Practical Horticulture and Plants & Plantsmanship.

Shortly after, she auditioned for BBC Two’s Gardeners’ World and subsequently got the job.

She also co-presents the BBC’s annual coverage of the Chelsea Flower Show and the RHS Hampton Court Palace Flower Show.

She’s written several gardening books, and has two children from her first marriage to Stephen Colover.

The gardener revealed she had been diagnosed with breast cancer in early 2018.

She has since said: “When I was diagnosed with breast cancer in 2018, I embraced my love of gardening with an even greater intensity.

“It’s no exaggeration to say it kept me going.”

Adam Frost, 51, is a British garden designer known for winning gold medals at the Chelsea Flower Show and for hosting it.

He started his career working for North Devon Parks Department and then he moved to London to work as a landscaper.

His big break came when he worked with famous British gardener Geoff Hamilton at Geoff’s garden in Barnsdale.

In 2013, he was instrumental in setting up the Homebase Garden Academy.

He is also an author and his book Real Gardens tells the journey of his award-winning Chelsea gardens.

He has won seven Gold Medals at the Chelsea Flower Show.

Sadly the event was cancelled in 2020 because of the Covid pandemic.

There is a range of diverse garden designs to explore, including a lifestyle category, global impact gardens addressing environmental challenges and large show-stopping gardens and features.

Also, for the first time, the presenters pair up to create a themed Hampton flower border in their very own competition.

As well as all the usual show gardens and exhibits, this year RHS Allotments celebrates the boom in growing your own, with community groups exhibiting for the first time.

Are you a fan of gardening or do you leave it to the experts? Leave us a comment on our Facebook page @EntertainmentDailyFix.