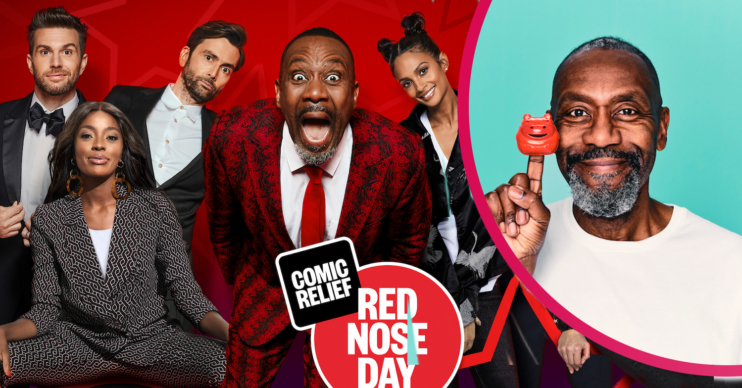 Get your laughing gear ready

Red Nose Day is here which means an evening of entertainment on the BBC with Comic Relief.

No one can deny that the last two years have been mostly unfunny, so any excuse to see celebrities act like absolute balloons in the name of charity, works for us.

Here’s all you need to know about Red Nose Day 2022 – from the hosts to the highlight turns.

The entire day of Friday, March 18 is booked out in our calendars for Red Nose Day.

We may even do something incredibly wacky and wear corporate clothing to our home offices, instead of pjs.

But the TV stuff kicks off at 7pm on BBC One, live from the Media City studios in Salford, Manchester.

As usual, all the televised shenanigans – live sketches, funny one-offs etc – will be interspersed with reports on how the money we’ve donated has helped those in need. Both home and abroad.

Who’s on Comic Relief this year?

It will also feature sketches from French and Saunders, who take on The Repair Shop.

And Jack Whitehall will be doing something posh and amusing too, no doubt.

Strictly Come Dancing favourites Rose Ayling-Ellis and Giovanni Pernice will be providing some dance-based entertainment while David Walliams and Matt Lucas are also on the bill.

Plus, Stephen Fry is among celebrities reading a one-off Bedtime Story that’s strictly for adults.

Covid has meddled somewhat, causing both presenter Joel Dommett and performer Kylie Minogue to drop out.

As well as all the funny stuff, the Beeb has broadcast two special documentaries.

The first features Olympian Tom Daley as he travels to his home town of Plymouth from the Queen Elizabeth Olympic Park in Stratford.

It aired on Monday 14 March and showed Tom’s toughest challenge yet, rowing in the choppy waters of the Thames and cycling in some of the most apocalyptic weather we’ve seen in decades, to raise money and awareness for those living in poverty.

You can still watch Tom’s heroic mission on BBC iPlayer and donate too.

BBC Radio 1 presenter and I’m A Celeb’s Jordan North also took on a mighty challenge, rowing from London to Burnley.

You can watch Jordan’s journey on iPlayer too if you missed it on Tuesday night.

At 10.35pm Vernon Kay – replacing Joel Dommett, who has pulled out due to Covid – and AJ Odudu will be hosting a massive prize-a-thon which includes live music, comedy sketches and chances to enter some fabulous Text to Win Prize Draws.

There’s an electric 1965 Volkswagen Beetle up for grabs which we’ve actually got our eye on, so mitts off that, please.

Another car – a Mazda – is being given away along with some Glastonbury tickets, a glow-up masterclass with Dominic Skinner and a dream holiday to Toronto.

Comic Relief 2022 airs on BBC One and BBC iPlayer on Friday, March 18 from 7pm