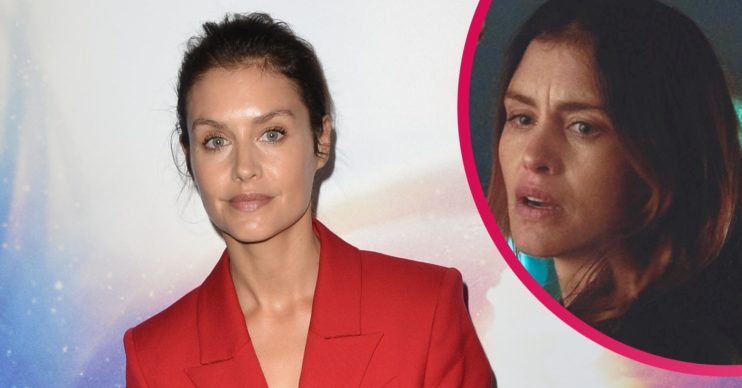 Hannah Ware in The One: Is the Rebecca actress related to Jessie Ware?

Rebecca in The One on Netflix is played by actress Hannah Ware.

The 38-year-old has appeared in a number of Hollywood films and has links to the music industry through her famous singer sister and musician boyfriend.

Read on to find out more about streaming platform Netflix’s latest star.

Hannah Ware, who is from London, has starred in various high-profile films, including the 2013 flick Oldboy, starring Josh Brolin.

She was also in Shame, the 2011 film by director Steve McQueen featuring Michael Fassbender and Carey Mulligan.

Her other films include Hitman: Agent 47 and The Angel.

In Hitman she played Katia, a mysterious woman searching for clues about her past.

She said of her part in that film, in a chat with the website furthermore: “It was challenging because they really set me up with some really amazing fight choreography. Although it was hard, it was great fun as well.

“That kind of fighting really felt like a dance. And then, in terms of stuff I hated… I don’t know what I really hated, but I actually have a hard time of not blinking when I fire [a gun]. It’s a hard skill.”

She has also been in several TV shows, including Betrayal on ABC, Boss aired on Starz, and Hulu show The First.

Who is Rebecca, Hannah Ware’s character in The One?

In The One, Hannah plays Rebecca.

Her character is the boss of MatchDNA, the business at the centre of the show’s premise.

Her company has developed the means of pairing people up with their perfect match, claiming to guarantee their happiness together.

They really set me up with some really amazing fight choreography… it was hard, it was great fun as well.

The show’s official synopsis asks: ‘No matter how good your relationship, which one of us can honestly say we haven’t thought about whether there is someone better out there?’

Is The One Rebecca actress Hannah related to Jessie Ware?

Yes, Hannah is related to singer Jessie Ware, who is her sister.

Jessie is the singer behind hits including Say You Love Me, Wildest Moments, Alone and Running.

Read more: Behind Her Eyes: Why is the ending so controversial? Is it the same as the book?

Jessie revealed her pride in her sister’s achievements after she landed the role in Hitman, writing on Instagram at the time: “Very proud of this one.”

No, Hannah doesn’t have a husband. She was married briefly to Jessie Jenkins.

She tied the knot with the skateboarder in 2008 in a ceremony in Las Vegas.

However, they broke up after just 11 days together. Their marriage was later annulled.

Now, Hannah is reportedly in a relationship with musician Miles Kane, who is the co-frontman of the band The Last Shadow Puppets, which also features Arctic Monkeys’ Alex Turner.

Drama Hannah Ware Netflix The One