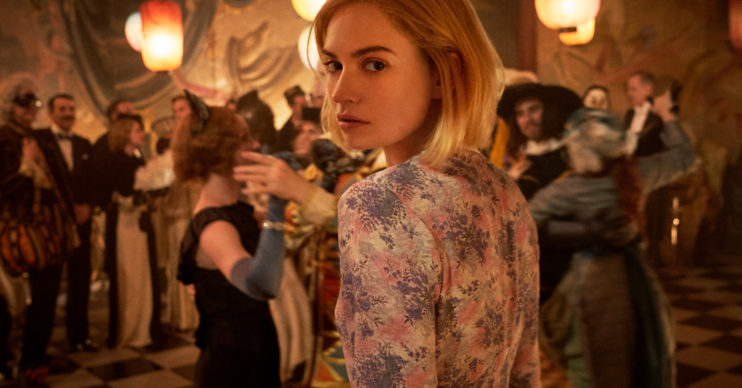 Rebecca 2020 film starring Lily James: When can I watch it and is it on Netflix?

The famous book has been adapted, and stars Lily James and Armie Hammer

Rebecca is one of the most famous romantic thrillers in history, and it’s now been made into a Netflix film starring Lily James and Armie Hammer.

It’s arriving on Netflix today (Wednesday October 21 2020), so here’s all your questions answered about the new 2020 film Rebecca.

Can I watch the film Rebecca on Netflix?

It is available to watch on Netflix now!

Is Rebecca based on a book?

Rebecca is based on the 1938 Gothic novel by English author Dame Daphne du Maurier.

Critics consider the novel one of the classics of the 20th century.

Rebecca was voted the nation’s favourite book of the past 225 years in 2018.

Furthermore, it has repeatedly been adapted for stage and screen, most famously by director Alfred Hitchcock in 1940.

Rebecca follows a newlywed who finds herself living in the shadow of her new husband’s late wife, Rebecca de Winter.

So much so, we never learn the first name of the second Mrs de Winter.

The second Mrs de Winter consequently realises her husband is keeping secrets from her, and believes he is still in love with his first wife.

Mrs Danvers is the imposing housekeeper at Manderley, who has unwavering loyalty towards the first Mrs de Winter.

But all is not as it seems…

We never meet her, as she is already dead by the time the new Mrs de Winter comes along.

Rebecca was “the most beautiful creature I ever saw in my life” says Maxim de Winter’s friend Frank Crawley.

As the film unfolds, we learn more and more about the mystery surrounding her.

Who does Lily James play in Rebecca?

She is a naive ladies companion when she meets the handsome Maxim de Winter on holiday in Monte Carlo.

The pair eventually fall in love, and he asks her to marry him and move to his estate with him.

As a result, she ends up in Manderley.

What is Lily James famous for?

Lily James has been on our TV screens since 2010, first appearing in Just William as Ethel Brown.

She went on to portray Poppy in Secret Diary of a Call Girl.

Her breakout role was as the titular princess in the 2015 Disney film Cinderella, opposite Richard Madden with whom she remains friends.

She played Lady Rose MacClare in Downton Abbey from 2012 to 2015, Natasha Rostova in the BBC One adaptation of War and Peace, and a young Donna in Mamma Mia: Here We Go Again!

The actress hit the news recently, after pictures of her kissing married co-star Dominic West emerged.

Dominic West has since posed for staged pictures with his aristocrat wife Catherine FitzGerald, with whom he has four children.

Lily James was previously in a relationship with former Doctor Who star Matt Smith.

Who stars in Rebecca?

Armie has appeared in The Social Network, Call Me By Your Name and Nocturnal Animals.

Who plays Mrs Danvers in Rebecca?

She’s known for being an intimidating presence in the life of the new Mrs de Winter, having been loyal to Maxim’s previous wife.

Kristin Scott Thomas portrayed Katharine Clifton in The English Patient, and starred in Four Weddings and a Funeral, Gosford Park and Military Wives.

The actor and his wife announced they were “moving on” from their marriage after 10 years.

Where is Rebecca set?

He asks her to marry him, and move into his estate Manderley.

Daphne du Maurier lived in Cornwall, and it’s thought to be the windswept English coast where Manderley was situated.

Where was Rebecca filmed?

Cranborne Manor was originally built in the 12th century as a hunting lodge for King John, with the chase areas of the estate being used as a royal hunting ground up until the 17th century.

Hartland Quay in North Devon was closed off to the public for four days while crews filmed scenes from Rebecca at the popular location.

Who wrote and directed Rebecca?

Rebecca is currently available to watch on Netflix and in selected cinemas.

Have you watched the new adaptation of Rebecca? Leave us a comment on our Facebook page @EntertainmentDailyFix.