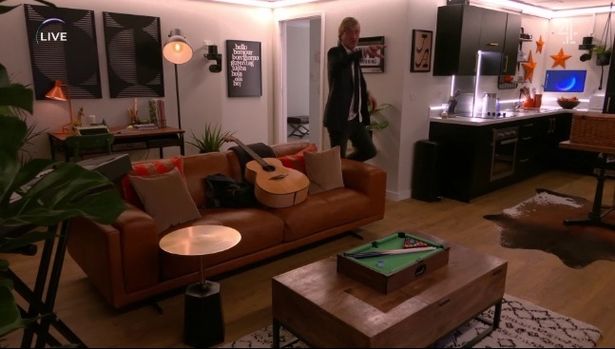 The Circle: Richard Madeley trips up as he enters his apartment

He's proving a big hit with viewers though!

Viewers of The Circle got a shock last night (24.9.19) when Richard Madeley became the first celebrity contestant on the series.

Those watching at home were soon in hysterics when the legendary broadcaster, 63, tripped up as he entered his new apartment.

⭐ CELEBRITY CATFISH ALERT! Richard Madeley is joining the game and YOU can decide who he'll play during tonight's live launch.

Read more: Judy Finnegan and Richard Madeley returning to This Morning after 18 years

Richard joined a new group of contestants for the second series as a ‘celebrity catfish’.

Instead, they create characters or ‘identities’ for themselves online and each contestant rates one another during their interaction.

Although his fellow contestants couldn’t see Richard, viewers definitely could, and it wasn’t long before he had them in stitches.

If you're not watching Richard Madeley on #TheCircle, you are missing genius telly! pic.twitter.com/krK3oNkUW8

Richard entered the apartment carrying a travel bag and a guitar.

“This is going to be fine, it’s going to be a proper prison,” he muttered to himself as the live studio audience and fans at home watched on.

“I bet my wife’s jealous. Alright Judy, wish you were here? Probably not.”

Then, as he checked out the old-school typewriter, musical keyboard and tiny pool table, he tripped over himself as he walked around.

And viewers were quick to take to Twitter to express their delight at Richard’s appearance.

I want to and need to repeat this. RICHARD. MADELEY. IN. THE. CIRCLE.

In another twist, viewers got to choose which identity he will portray during his stint on the show.

Richard will not be playing himself  – instead the viewers choose whether he is a 23-year-old ripped Richard or a 27-year-old model called Judy.

“Judy is completely baffled because she hasn’t seen any of The Circle,” he revealed. “She wasn’t aware of the concept of it. So, at first, she was really baffled.

“Like I said, normally I say no to most reality shows, things like Strictly and I’m a Celebrity… Get Me Out of Here! and stuff. So she was a bit surprised as to why I said yes. Then when I explained it to her she kind of got it.