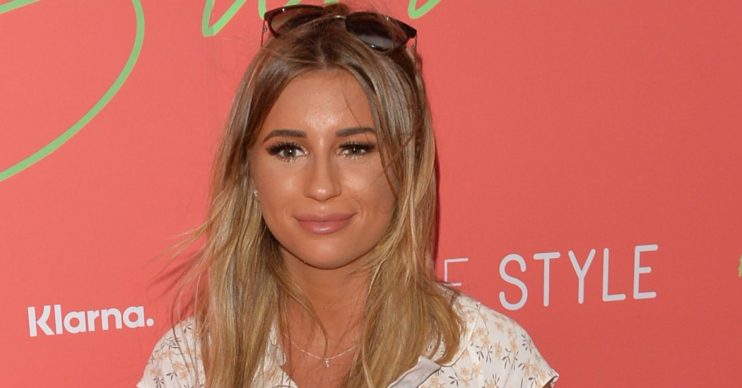 It appears as if Love Island star Dani Dyer could be about to walk down the aisle with her beau Sammy Kimmence.

The pair reunited shortly after Dani’s split from her Love Island co-star Jack Fincham and now it seems as if wedding bells could be in the air.

After Sammy posted a picture to Instagram of the pair kissing as they celebrated Dani’s birthday in Dubai, Dani declared her intensions.

“Can you marry me now?” she asked.

Read more: Alison Hammond thanks her personal trainer for “changing her life”

A follower quipped: “Yay! I love a wedding!”

We wonder what Dani’s EastEnders star dad Danny Dyer thinks of the news!

Although it was clearly a faux proposal, things are going from strength to strength for Dani and Sammy, so wedding bells may not be too far off.

She recently called her boyfriend her “one and only”.

It comes as Dani’s ex Jack revealed that he is “100 per cent” over the star.

Opening up on Celebs Go Dating, Jack said: “If we had lived in Love Island forever, we’d have been fine. We rushed it straight away, we moved in together. I did want to [move in with her] but I wish we had waited.”

He added: “I let her rush me a little bit. We had a genuine connection in there and I think anyone can see that.”

Saying that he wished Dani “all the happiness in the world”, Jack revealed that he isn’t a “bitter person”.

We expect he’ll be sending Dani and Sammy a congratulations on your engagement card soon, then!