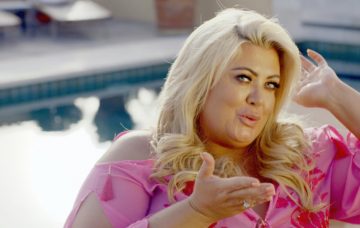 Gemma Collins to land her own reality TV show

Gemma Collins may have lost her place on Dancing On Ice, but the notoriety the primetime show brought is about to pay off.

The reality TV star proved such a talking point that producers are apparently clamouring to sign her up to her own show.

The 38-year-old has been a regular fixture on TV since joining The Only Way Is Essex in 2011.

She has appeared on I’m A Celebrity, Splash and Celebs Go Dating to name but a few.

The GC also starred in a one-off fly-on-the-wall on ITVBe last year called Diva Espana, which followed her summer in Spain.

And now a full series of her own reality show is in the pipeline.

A source told The Sun: “Gemma has been inundated with big money offers for different shows.

“She’s spent the last couple of weeks weighing up her options and deciding what the next step is in her career.

“Several production companies are keen to work with her but she’s taking a week or two to relax and spend time with her loved ones before signing on the dotted line.

This news comes amidst reports that Gemma may not be able to return to TOWIE, the show that made her famous.

“The problem is that TOWIE is all about the cast’s lives, and her life isn’t normal anymore,” another source told the tabloid.

Would you tune in? Leave us a comment on our Facebook page @EntertainmentDailyFix and let us know what you think our our stories.