Channel 4 reality show The Circle is set to conclude tonight, as the finalists come face to face and find out who's won the £100k prize.

When the five remaining hopefuls were told they have made it to the final, their reactions were explosive. 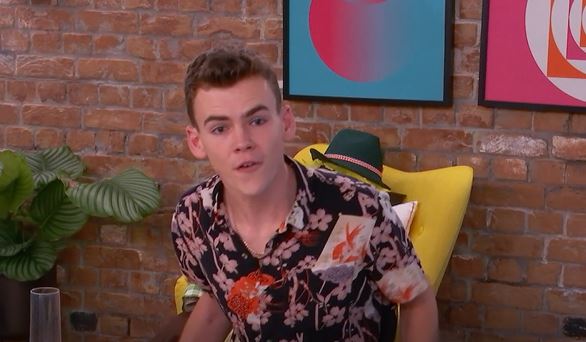 At the end of Thursday's (17.10.19) penultimate episode, the contestants were left jumping for joy when their screens told them they were in with a chance of nabbing the six-figure prize.

Paddy exploded, "Are you joking me? Oh my god!" while Tim looked quietly pleased as he said, "I'm there! I've done it!"

Georgina, meanwhile, rushed to sit next to her open fridge as she screamed: "I'm too hot!"

On The Circle's official Twitter account, the show tweeted about the finalists and fans rushed to offer their take on who deserves to take home the top prize.

Two names emerged as clear favourites among the viewers at home. Tim and Woody!

If it ain't Woody or Tim, I'll be raging.

One fan said in block caps: "TIM TO WIN."

Someone else replied: "It better be Woody or Tim! Georgina would've had a good shot if she hadn't been brainwashed by Sammie/James. Fuming that Ella has gone."

It's not just the fans who are supporting Woody, as viewers were treated to a surprise video on Thursday's episode featuring his famous parents.

Presenter Zoe Ball and her ex husband, DJ Norman Cook - better known by his stage name, Fatboy Slim - united for their son as they were shown leaping from a cupboard in his bedroom to offer words of support. 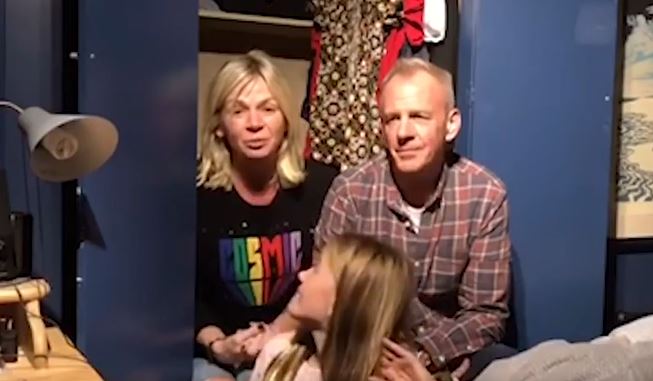 Zoe told Woody in the clip: "Since you've been gone, we've been living in your cupboard in your bedroom and we've been missing you. It does smell.

"I know when you said you first wanted to go on The Circle we were a bit in horror. You've been so full of love, totally daft, showing your magic, been so super clever.

She continued: "You've been absolutely smashing it, darling. We are so super proud of you. Your cousins, aunts and uncles, even your nana and grandad have been using ­hashtags."