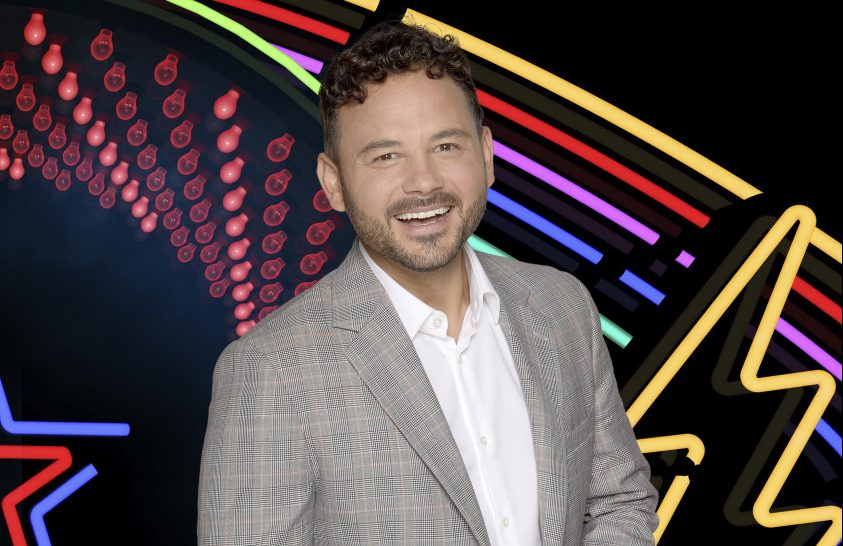 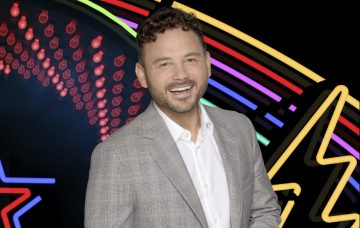 The new batch of housemates have arrived!

The theme of this year’s show is Eye of the Storm – ooooh! – so each of the housemates has weathered a media storm at some stage in their career.

So, did the rumour mill get it right?

Here is your full line-up for the autumn 2018 series of Celebrity Big Brother, which airs nightly on Channel 5 at 9pm.

Surprise? Nope! It was widely rumoured that Ryan would be appearing, with sources claiming he was paid an eye-watering £500,000 to take part. According to The Sun, bosses at CBB have wanted to sign him for years but his Corrie contract meant it couldn’t happen – until now!

Media storm: He spoke in his intro video about being declared bankrupt. “Having something like bankruptcy all over the media, I found it really embarrassing. You’re in the spotlight, there’s no hiding. I’ve moved forward and learned my lesson.”

Who? Previously appeared in The Only Way Is Essex but is probably best known these days for being married to ex-EastEnders star Jacqueline Jossa. They have two children: Ella, three, and newborn Mia.

Surprise? Not at all! Dan’s been linked to CBB for weeks now, even though he and estranged wife Jacqueline welcomed their second child just weeks ago.

Media storm: He was recorded shouting some rather unpleasant remarks at the mother of his first child in 2015 and axed from TOWIE. He then married Jacqueline but allegations arose this year he’d been unfaithful, which he denied.

Who? The television medium, known as Psychic Sally, was Princess Diana’s medium and has a string of TV shows to her name for ITV and Sky.

Surprise? Nope! She was another one widely linked to the show.

Media storm: At the height of her fame she was labelled a fraud and accused of using an ear-piece, which she vehemently denied. “I am not a liar,” she said. “Beware, if you call me a fraud I will come after you.”

Who? A personal trainer famous for appearing in Love Island 2017 where she coupled up with ex-Blazin’ Squad star Marcel Somerville. They’ve since split.

Surprise? Not one iota. Interestingly, she has a link to fellow contestant Dan Osborne…

Media storm: In her intro video, she revealed how Marcel cheated on her while they were on holiday. That led to their split. Marcel then accused her of sleeping with married Dan. Both Gabby and Dan vehemently denied that.

Who? Dubbed the Human Ken Doll, he is best known for spending hundreds of thousands of pounds on cosmetic surgery to look like the iconic plastic figure.

Media storm: His 62 plastic surgeries – including having four ribs removed – to completely change his appearance. Seven years ago, he suffered complications while under the knife and spent a month in hospital paralysed. He said: “People forget sometimes I’m a real person with a heart who has emotions like everyone else.”

Who? Former Emmerdale actress best known for playing Jo Sugden between 2005 and 2008.

Surprise? NO! Again, sources got it correct – though it’s yet to be confirmed whether speculation she landed a whopping £750,000 pay day is true…

Media storm: She was involved in a stock car accident in July while filming something for her radio show. She briefly lost consciousness and was air-lifted to hospital. She suffered severe bruising and sprained wrists. Roxanne said some of the mocking reactions to her injuries really hurt.

Who? Retired footballer who has played for Arsenal and Liverpool and earned himself something of a ‘bad boy’ reputation.

Surprise? Yeah right. The rumour mill had this one sussed, too! He is hoping CBB will show people a different side to him and urged viewers “not to judge a book by its cover”.

Media storm: In 2005, he was arrested and charged with drink-driving while on a driving ban. He was sentenced to three months in prison. After leaving prison, he became the first Premier League player to wear an electronic tag on the pitch.

Who? British comedian and television presenter.

Surprise? No. Although he was the last housemate to be named by the media for this series ahead of the official launch night reveal.

Media storm: He was suspended from his job as a reporter on The One Show in 2009 after a complaint of inappropriate behaviour from a female colleague. He immediately apologised and the issue went no further but the story hit the headlines. “It was a tricky time, a challenging time but I learned a great deal,” he said.

Who? Ex-trader known for bringing down Barings Bank with losses of more than £800 million. A movie about him called Rogue Trader, starring Ewan McGregor, was released in 1999.

Surprise? Nope. Another one firmly linked to the show for a while…

Media storm: Barings Bank. He explained in his intro how he was working in Singapore as a trader, made mistakes, tried to conceal mistakes and was trying to win back the losses by taking bigger bets. “Not for one second did I understand the bank would collapse,” he said. Nick went on run and became, at the time, the world’s most wanted man. He was arrested in Germany, spent nine months in prison, was extradited back to Singapore and sentenced to six and half years in jail.

Who? Appeared on Channel 4 reality experiment Married At First Sight last year where he wed total stranger Stephanie. They have since split.

Surprise? Nope. A source previously told The Sun that Ben is “bursting with charisma” and sure to be a huge hit with viewers.

Media storm: After marrying a stranger on TV, he cheated one week after they began living together.

Who? Hollywood actress known for roles in Cheers, Look Who’s Talking and Veronica’s Closet, as well as her ties to Scientology.

Surprise? As if. Insiders called this one a while ago, with sources telling The Sun she was the “biggest signing” for the show this year.

Media storm: In her intro video, the actress spoke about the media interest in her fluctuating weight and how hard it has been to deal with that.

Who? American reality star who appeared on the show Bad Girls Club, which saw strong, feisty women move into a house together in LA.

Surprise? Another one linked to the show beforehand… the predicted line-up stories have been spot on this year, haven’t they?!

Media storm: She’s been in Twitter rows with Rihanna, Chris Brown and Amber Rose to name a few and says she refuses to bite her tongue when she has something to say.

Who? The British model who was kidnapped and held captive in Milan for six weeks in 2017. The man she accused of kidnapping her was convicted and jailed for nearly 17 years.

Surprise? No. The rumours had this right, too! It’s been suggested she could earn a £100,000 pay cheque. She has admitted never seeing an episode of Big Brother before, though, so she could be in for a shock!

Media storm: Her kidnapping ordeal in Italy. She was booked for a fake photoshoot and claims she was drugged, stuffed in a duffel bag and put in the boot of a car. Not everyone believed her story and she was accused of faking her claims as a publicity stunt. She has vehemently denied that.

Happy or disappointed with this year’s CBB line-up? Leave us a comment on our Facebook page @EntertainmentDailyFix and let us know what you think!