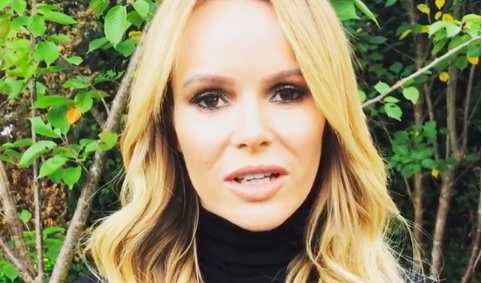 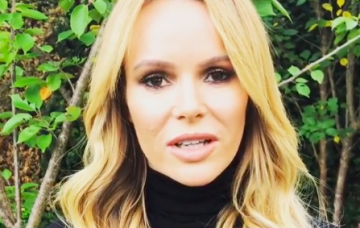 Amanda Holden and Rylan Clark-Neal sign up to Celebrity Apprentice

We’ve all seen how Lord Alan Sugar treats his poor, clueless contestants on The Apprentice.

And now ten celebrities – including Amanda Holden and Rylan Clark-Neal – are set to get the Pointed Finger treatment as they join Celebrity Apprentice for Comic Relief.

The gang will be divided into two teams – Girls V Boys – for the scary reality show, which is raising money for Red Nose Day 2019.

Just like the usual non-starry version, the contestants will be observed by Lord Sugar’s intimidating no-nonsense advisors, Karren Brady and Claude Littner, as they try (and definitely fail) to fulfil a task.

The show, which is airing as a two-part special in March, will kick off with Lord Sugar summoning the candidates to the boardroom to brief them on the challenge; organise and host a themed event to raise money for charity.

Alan tells them: “We are all here for one reason, to raise money for Comic Relief. Entertainment is big business, all you people should know that, so, with that in mind, your task is going to be to organise and host a cabaret night.”

And it’s set to become even more star-studded, as the celebs rope in their TV pals to help.

Britain’s Got Talent judge Amanda insisted she’s feeling confident, saying: “I’m ready to take a step away from the judging panel to compete, and I’m thrilled to be taking part. I’m sure the girls’ team will be victorious!”

Ayda, 39, adds: “I’m thrilled to be part of this year’s Celebrity Apprentice for Comic Relief.

“I’ve always been a fan of the show and I can’t wait to take on the boys to raise some money for an incredible cause!”

CBB star Rylan is excited, too, saying: “As a massive fan of The Apprentice, I can’t wait to experience it from the other side of the screen as a candidate. I probably won’t be saying that for long though!”

Comic Relief first did Celebrity Apprentice back in 2007, when controversial Piers Morgan was dramatically fired by Lord Sugar.

And Piers’ GMB colleague – entertainment reporter – Richard Arnold is ready to beat him, saying: “When it comes to big business, I can’t tell a spread sheet from a bed sheet but I am prepared to take on the battle of the boardroom with all the bombast of a seasoned showbiz veteran of 25 years. It’s that, or find myself over Piers Morgan’s knees on Good Morning Britain. He’ll enjoy it too much.”

Money raised from the Red Nose Day campaign will help Comic Relief to continue funding and investing in amazing organisations across the UK and around the world.

You can watch this lot fail to impress Alan on Celebrity Apprentice on Thursday 7th and Friday 8th March, 9pm, BBC One.

Who do you think will win the show? Leave us a comment on our Facebook page @EntertainmentDailyFix and let us know what you think.