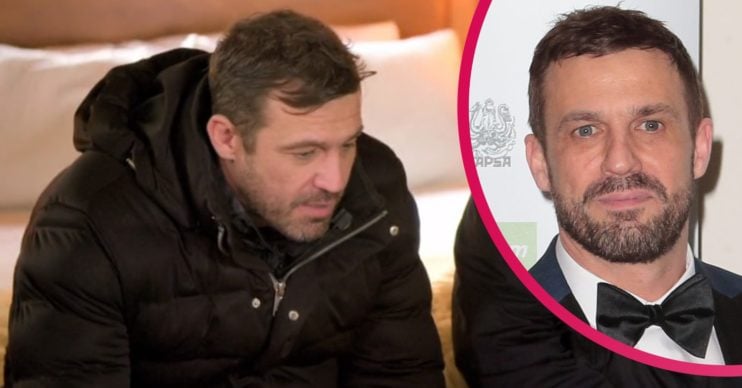 The Hollyoaks actor missed out on the final performance

After watching the first episode of the show, which sees a group of stars strip off to raise awareness of cancer, a number of eagle-eyed viewers noticed the Hollyoaks actor appeared to be missing from the final line-up.

Viewers wondered if Jamie had quit the show because of a lack of confidence.

During the first episode, Jamie spoke to host Ashley Banjo over fears he wouldn’t be able to skate well enough to take part.

What’s more, some thought he seemed to have a secret feud with co-star Jake Quickenden, after noticing an apparently dirty look he gave the former X Factor singer.

However, in the second episode of the two-part show, ITV finally revealed the real reason why Jamie missed out.

Ashley informed the group that Jamie had to drop out as he had tested positive for coronavirus.

Speaking to his fellow cast members via video call, Jamie reassured them that he felt totally fine and was symptomless, which for him made it all the more frustrating.

I’m all for The Real Full Monty On Ice, it’s a good message but I’m confused.

A number of those watching at home asked why the whole group didn’t have to self-isolate after Jamie tested positive.

One said: “Hang on, if Jamie was positive for COVID then surely the rest of them should of had to self-isolate? Because they had been in close contact with Jamie, meaning they could have been exposed to it as well – or am I missing something?”

Another tweeted: “Just watching #TheRealFullMontyOnIce, how come the whole group aren’t having to isolate? Surely they are close contacts of Jamie Lomas?”

A third wrote: “I’m all for #TheRealFullMontyOnIce, it’s a good message but I’m confused. How could they continue when Jamie tested positive?!”

However, one viewer pointed out: “The program came into fruition over many months and so they only occasionally met in the full group a few times, each time they were tested before meeting to avoid spreading it. TV condensed it all down so [it] sort of seems like just a few weeks.”

I'm all for #TheRealFullMontyOnIce It's a good message but I'm confused. How could they continue when Jamie tested positive?! They aren't distancing and seem to be one large bubble. Ashley isolated when he'd been in contact with someone… Twice 🤔 am i missing something?

The program came into fruition over many months and so they only occasionally met in the full group a few times, each time they were tested before meeting to avoid spreading it. TV condensed it all down so sort of seems like just a few weeks. 👍 Good you had concerns though 🙏