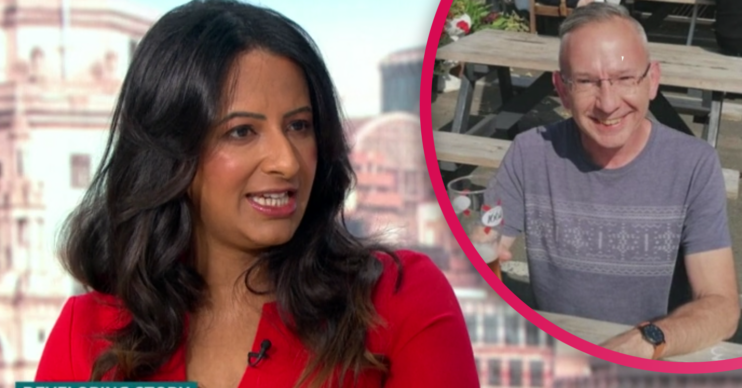 'So young and too soon'

GMB started off on a sombre note today (February 14) as host Ranvir Singh paid tribute to a colleague who sadly died over the weekend.

The Good Morning Britain presenter looked as though she was fighting back tears at the top of the show as she made the announcement about the “kind and loving” member of the team.

What did Ranvir say on GMB?

Ranvir paid tribute to Paul Dorrian, who worked behind the scenes on GMB and GMTV for the past three decades.

Paul sadly died over the weekend.

An emotional Ranvir said: “As you know, the show just isn’t what it is without the talented team who work behind-the-scenes here, who get everything on air for us every morning.

“It is with real sadness in our hearts we have to say we’ve lost one of our beloved colleagues this weekend.

“Paul Dorrian, he literally worked day and night to make sure all our technical facilities worked and the show got on the air,” she said.

Ranvir then paid tribute to Paul, calling him a “kind and loving man”.

She said: “He knew everybody here. He was a kind and loving man, he lifted the spirits of everyone who works here.

“He was a really close friend to everyone on the team, so there is a real sadness behind-the-scenes today.”

Ranvir added that he was “so young and taken too soon”.

As pictures of Paul flashed up on screen, she then sent her love to his partner and family.

“So young and taken too soon, Paul Dorrian our very loved colleague there.

“We just wanted to pay tribute to him this morning,” she added.

“All our love and thoughts go to his partner Mike, his two brothers and the entire family, so young and taken too soon.”

Ranvir didn’t reveal her colleague’s cause of death.