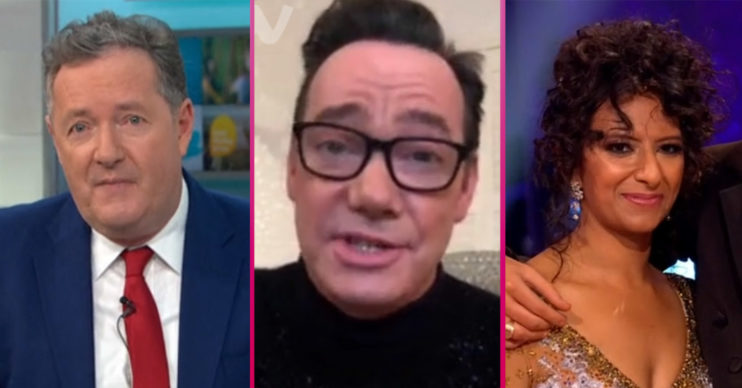 Ranvir, 43, missed out on a spot in the final after being eliminated from the show last weekend.

Craig appeared on Good Morning Britain on Wednesday and spoke about Ranvir leaving the show alongside partner Giovanni Pernice.

What did Craig say about Ranvir Singh on Strictly?

As he spoke about Bill Bailey’s success on the show, Craig said: “He really works hours and hours on end to perfect it, and that’s where he’s brilliant.

“And he’s been able to lay his hand, his dance hand, to any style and you saw last Saturday, Ranvir and that dreadful jive she did – it wasn’t good at all.”

Piers then jumped in, saying: “Alright, alright! Alright Ebeneezer Scrooge, you can’t come on Good Morning Britain and start trashing our own.”

Susanna Reid added: “Do you know what, to the untrained eye she looks fabulous at jive I don’t know what you’re talking about!”

Craig said: “Well she had a great smile through it darling.”

Alright Ebeneezer Scrooge, you can’t come on Good Morning Britain trashing our own.

However, she impressed the judges more with her waltz which she received 26 points out of 30.

In total, Ranvir and Giovanni got 44 points out of 60, meaning they were bottom of the leaderboard.

What did Ranvir on Strictly say as she got voted off?

After judges Craig and Shirley Ballas voted her off, Ranvir said: “I’m really sorry for him [Giovanni].

“He’s worked so hard and I’m really sorry I couldn’t do it for you.”

Giovanni replied: “You don’t have to be sorry at all. We both worked very hard. You’ve been an absolute dream to work with. Well done to you baby.”

Were you sad to see Ranvir go? Leave us a comment on our Facebook page @EntertainmentDailyFix and let us know.