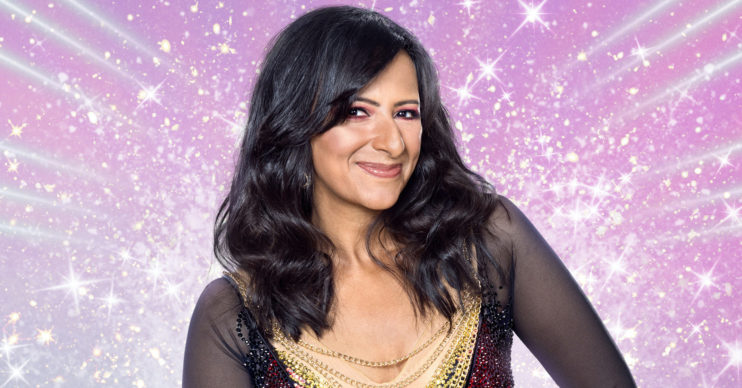 Ranvir has become a star thanks to her amazing dances

Strictly Come Dancing star Ranvir Singh has been a hit on the BBC show, however, GMB bosses reportedly fear losing her.

Ranvir, 43, has wowed judges and viewers with her performances with pro partner Giovanni Pernice.

And now bosses back at ITV will want to keep hold of her.

The Daily Mail reports that her contract with GMB comes to end in the New Year, and bosses are keen to start negotiations.

Ranvir is Political Editor of GMB and often stands in for Piers Morgan and Susanna Reid in the presenter’s seat.

However, her stint on Strictly has exposed her to a new audience who has fallen in love with her skill on the dance floor.

Add in her warm and bubbly personality and Ranvir could be hot property.

A source told the newspaper: “Ranvir is bigger than standing on Downing Street in the rain in the early hours of the morning now.

“‘She has shown her true self on Strictly and is now quite the star.”

What did Ranvir say on Strictly last night?

Once again Ranvir proved to the nation what a star she was on last night’s show (Saturday December 5).

She said in a moving introduction to her Viennese Waltz: “Doing Strictly has made me confront how I think, it does force you to look at yourself in a different way.

It’s lovely to realise there’s untapped potential in yourself.

“Each week you have to feel braver about your body, not hiding behind a big coat and boots like I’ve spent the past 20 years doing.

“It’s lovely to realise there’s untapped potential in yourself.”

She continued: “So many women and mums watch the show and recognise themselves in my, you could say, discomfort, and finding a way to feel like you’re still worth feeling proud of.”

How did the judges react to Ranvir’s Waltz?

Her words and her dance moved judge Motsi Mabuse to tears.

She said: “I was moved from your words from your VT and I think every mom has a connection, but I’m more emotional about your dancing!”

Ranvir and pro dancing partner scored all nines from the judges.