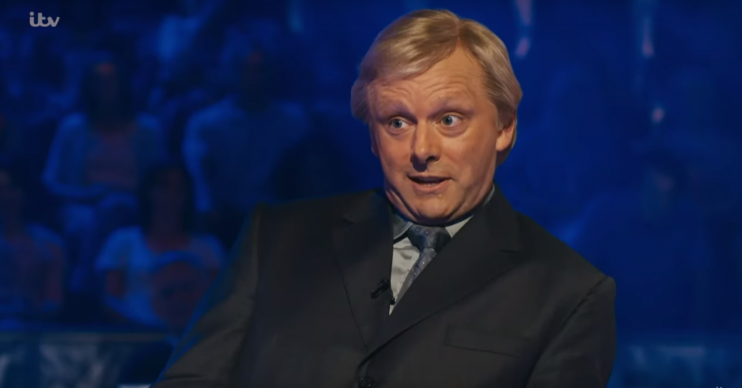 What time does Quiz start on ITV and what is the Who Wants To Be A Millionaire drama about?

And was 'Coughing Major' Charles Ingram found guilty of cheating?

Ratings-smash Who Wants to Be a Millionaire? is at the heart of new ITV drama Quiz, which begins today (April 13).

The gripping three-part series, stripped across Monday, Tuesday and Wednesday nights at 9pm, recounts the ‘coughing’ scandal on the show in 2001.

Major Charles Ingram became only the second contestant to win the million pound jackpot on the top-rating show, behind Judith Keppel.

But he and his wife, Diana – alongside accused accomplice Tecwen Whittock – went on to stand trial after TV executives grew suspicious that Ingram had cheated his way to the jackpot.

It’s absolute appointment television. Here’s all you need to know about it!

What time is Quiz on ITV?

The three-parter will start at 9pm on Monday, Tuesday 14 and Wednesday 15.

It will also be available to watch on the ITV Hub service on catch-up.

What is Quiz about?

Quiz follows TV producer Paul Smith from production company Celador, who created the format for the show that became Who Wants To Be A Millionaire.

It proved a huge hit with viewers – an early episode pulled in 19 million – with people clamouring to appear on the show.

Contestant Major Charles Ingram appeared on the programme on September 9 and 10 in 2001 after his wife Diana and her brother Adrian Pollock had previously taken the hot seat and had each won £32K.

Initially Ingram’s performance was underwhelming and at the end of the first day’s filming he had just £4000 and had used two out of his three lifelines.

But on the second day he made an astonishing comeback and went on to win £1million.

However, some of the production crew had become suspicion while the show was filming – Ingram changed his mind about answers a lot, and was very hesitant.

TV bosses then noticed that he appeared to answer questions after coughing from his wife in the audience and a fellow hopeful contestant Tecwen Whittock.

The trio found themselves in the dock, accused by ITV of cheating.

Who stars in Quiz?

Charles Ingram, his wife and Whittock faced trial at Southwark Crown Court in 2003. They were convicted on a single count of procuring the execution of a valuable security by deception.

They were each given prison sentences suspended for two years, fined £15,000, and ordered to pay £10,000 towards prosecution costs.

Some two months later, the trial judge ordered the Ingrams to pay additional defence costs. With with legal fees, this totalled £115,000.

Quiz begins on Monday at 9pm on ITV.

Chris Tarrant Drama ITV Michael Sheen Who Wants To Be A Millionaire?