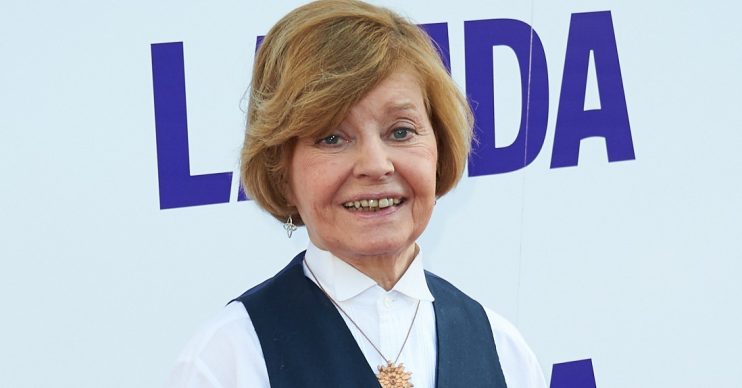 The decision that must have broken the couple's hearts

Prunella Scales, 87, and husband, Timothy West, 85, have made the decision to quit the Channel 4 show Great Canal Journeys because the actress is said to be too frail to continue filming.

Pru, who is best known for her character Sybil Fawlty in comedy Fawlty Towers, made public she was suffering from Alzheimer’s in 2014.

You can just enjoy things as they happen – so it’s perfect for her.

“You can just enjoy things as they happen – so it’s perfect for her.”

Taking over from the couple will be Former Conservative MP Gyles Brandreth, 71, and Casualty actress Sheila Hancock, 86. The pair were filmed together for Channel 4’s Celebrity Gogglebox last year.

A source told The Sun: “It’s not a decision Pru and Tim have taken lightly but they’re delighted it’s Gyles and Sheila.”

Pru filmed her last episode in October 2019 but Tim hasn’t finished quite yet. He’ll appear in the first episode with Gyles and Sheila, where we’ll see him showing the pair the ropes.

In the last series we saw a declining Pru and the pain on Tim’s face as he watched his beloved wife.

She wrote: “So very said that Tim and Pru will not make any more Great Canal Journeys but not entirely unexpected given her condition.

“I do hope they can still continue to enjoy their beloved canals privately for as long as possible though. Thank you for the wonderful programmes.”

So very sad to learn that Tim and Pru will not make any more #GreatCanalJourneys but not entirely unexpected given her condition. I do hope they can still continue to enjoy their beloved canals privately for as long as possible though. Thank you for the wonderful programmes.

In a statement, Prunella and Timothy told The Sun: “Good luck Gyles and Sheila. Enjoy the countryside and the pubs…”