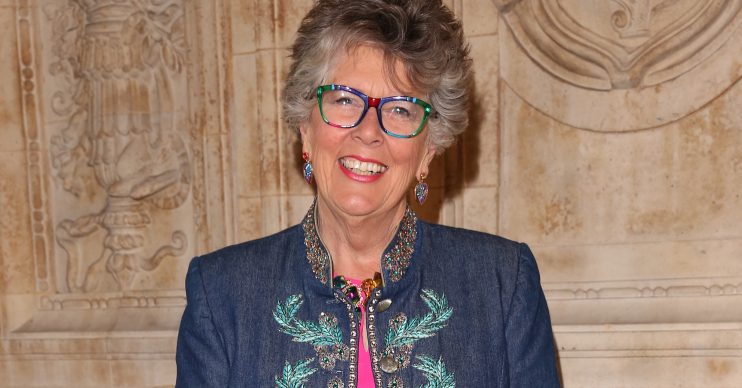 Prue Leith is set to be on our screens throughout the autumn with The Great British Bake Off starting on Channel 4 this week.

Ahead of the new series, the judge, 79, has revealed her greatest fear after suffering a nasty fall a few years ago.

Speaking to The Mirror, Prue was discussing how she kept in shape and continues to carry on working.

“I do exercise. I have a personal trainer who comes once or twice a week. But I do it because I am 79 and my main worry is falling over,” she said.

“A couple of years ago I fell at our train station and it’s taken me two years to recover. You don’t want to break a leg or hip at my age.”

Prue also revealed that she has become good friends with her fellow judge Paul Hollywood, saying he’s “a great person to work with”.

But she admitted that the two of them often disagree when it comes to judging.

Prue said that their opinions clash regularly and that she is a “touch more generous” than her fellow judge.

Earlier this year, Prue explained how she once accidentally stabbed a chef.

The TV personality was the owner of swanky London restaurant Leith’s for over 25 years after opening it in 1969.

And even though the Michelin-starred eatery commanded sensational reviews, one Spanish cook could have had cause to complain during his time in Prue’s kitchen.

According to Mirror Online, the Channel 4 judge revealed the bizarre knifing went down after she became “unbalanced” while mucking in.

The website quotes the 79-year-old as saying she plunged the short blade into the second chef’s leg as she attempted to steady herself.