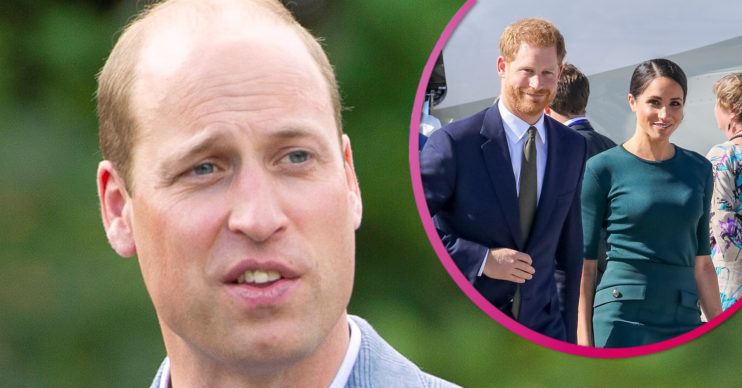 The couple made bombshell claims in the chat

The Duke and Duchess of Sussex made a string of claims in their tell-all chat.

According to royal expert Russell Myers, the Duke of Cambridge thinks the couple went against “everything the Firm is about”.

Mr Myers said William “feels all the pressure on his shoulders” and felt Harry and Meghan “did disrespect the Queen”.

In addition, he said: “And they did go against everything that the Firm is about, working together and being together as a family.

“It’s going to run and run this situation.”

Meanwhile, it comes after William’s friends shut down Harry’s claims.

In the Oprah interview, Harry claimed his brother William and father Prince Charles have become “trapped” within the system of the monarchy.

However, pals of William’s told the Sunday Times that Harry’s comments were “way off the mark”.

They said: “He has a path set for him and he’s completely accepting of his role. He is very much his grandmother’s grandson in that respect of duty and service.”

They added: “He felt they’d blindsided the Queen in such an insulting and disrespectful way.”

During the interview, Meghan and Harry made allegations about ‘concerns’ within the family about the colour of their son Archie’s skin.

The Palace later confirmed an investigation into the alleged comments.