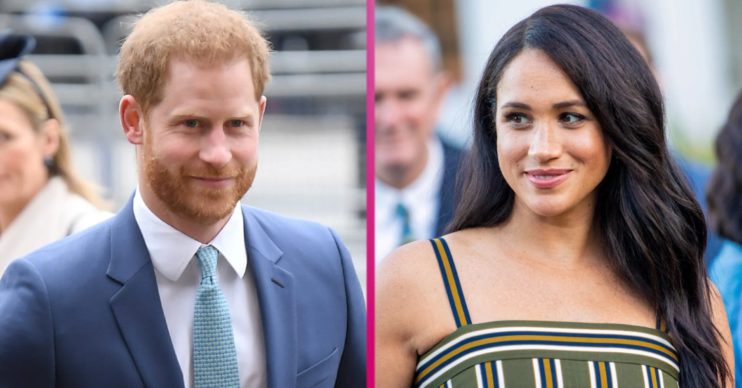 The couple have dominated headlines in recent weeks

BBC News has defended its coverage of Prince Harry and Meghan Markle after viewers claimed it was “too much.”

The Duke and Duchess of Sussex stunned the world during their bombshell interview with Oprah Winfrey earlier this month.

But while most were talking about the couple, BBC viewers claimed the coverage was “relentless.”

What did the BBC say?

Hitting back at the complaints, BBC News insisted it was “proportionate.”

A BBC spokesperson said: “The interview given by the Duke and Duchess of Sussex to Oprah Winfrey was in itself a news story because members of the Royal Family rarely speak publicly and in depth.

“Its content sparked wider conversations about racism, mental health, the role of the Royal Family and the media.”

Furthermore, the statement read: “Our coverage reflected duly impartially and accurately what the couple said and the reaction to it.

“The institution of the monarchy and how it develops is a matter of high public interest and we are confident our coverage was proportionate given the significance of the interview.”

Nearly 12.4 million viewers tuned in to watch the couple’s explosive chat on ITV.

However, some BBC viewers were left fed up with the excessive coverage.

Taking to Twitter, one wrote: “I have stopped watching @BBCNews. I can’t stand the relentless coverage of the Meghan and Harry story. They just seem to be milking the thing for everything they can. It’s not like there’s another big story going on at the moment though is it?”

A second shared: “I don’t like the news coverage of the Meghan & Harry Oprah interview. They’re just trying to incite drama.”

In addition, a third asked: “Why is the BBC News website providing LIVE news coverage about the Meghan and Harry interview?”

A fourth added: “Dear @BBCNews most of us in the UK couldn’t give a flying [bleep] about Harry & Meghan, but do care about the incompetence & corruption shown by our government.

“How about giving the same amount of coverage to that, rather than the royals.”

Meanwhile, it is believed ITV could release more footage from Harry and Meghan’s bombshell interview.

According to a recent report, almost two hours of footage was not shown.

The chat saw Harry and Meghan make a series of stunning revelations.

Meghan, 39, told Oprah that she and Harry actually got married in secret, three days before they were seen tying the knot in a formal ceremony live on TV.

Furthermore, she also claimed that members of the Royal Family had asked Harry what colour their baby son’s skin would be.