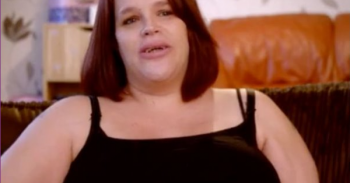 Sonia O'Lachlan and her children feature in a new documentary

A mum-of-nine, with another little one on the way, says she has never used protection in a new documentary that looks at large families.

Channel 5’s Me and My 10 Kids: Mega Families explores the lives of people with huge broods in Britain and how they cope.

She has let cameras into their four-bedroom flat in Southampton to see how they live.

Sonia, who is expecting another boy, is raising her big family on her own.

She said: “Some people say they’re allergic to condoms. I can’t say that because I’ve never used one.”

She revealed that mornings start at around 6.30am in her household as it takes so long to get everyone ready.

The family also eat their breakfast in shifts because there are too many of them to cram into the kitchen at once.

The children take it in turns to eat their breakfast in groups of three.

There is another obstacle for the family, as their bathroom sink is blocked. So, they have to brush their teeth at the kitchen sink.

Read more: Peter Andre issues warning after his identity is stolen to scam fans out of thousands

Sonia, who is nearly nine months pregnant in the documentary, has to make her money stretch as far as she can to feed and clothe her large brood.

She relies on benefits, which includes around £460 child tax credits.

Sonia explained: “I have to buy everything in bulk. My money all goes on the children.

“It goes in their bellies and for anything else I can afford to pay for them. It never goes in my back pocket.”

But she insists that her children “eat well” as she cooks from “scratch”.