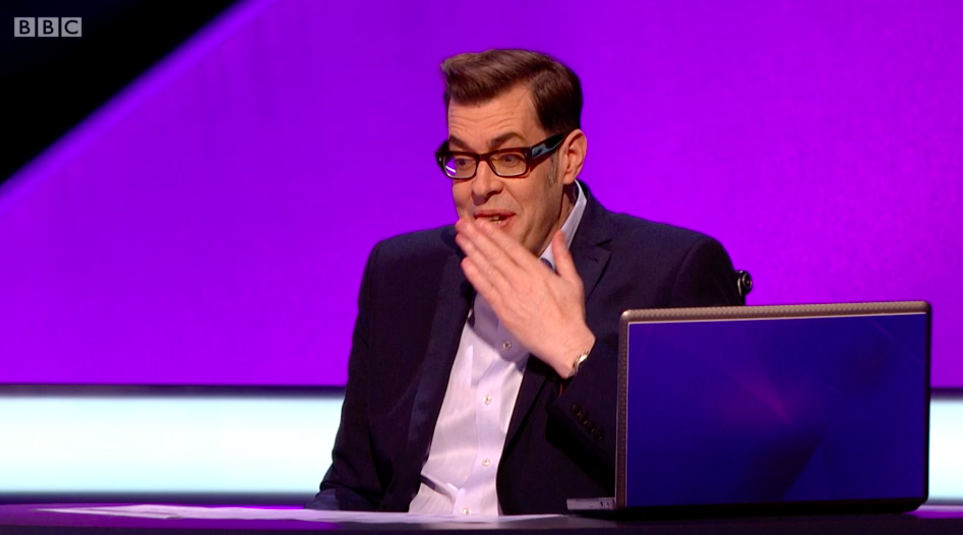 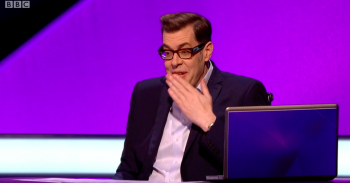 The presenter soon realised his he'd made a huge gaffe

Pointless host Richard Osman was left a little red-faced on Friday’s show after he managed to give away an answer during the very first round.

The contestants, who included a woman called Sylvia and her partner Patricia, had been asked to list ingredients in a number of recipes.

Meanwhile, host Alexander Armstrong asked Sylvia about what she does and she revealed she’s part of a community choir.

“I do try to sing Soprano on a good day,” she said.

Alexander laughed, “On a good day,” before adding, “What are you working on at the moment?”

“We do quite a few songs from the musicals but we’re doing the lovely song… you know I can’t even think of it at the minute. It’s escaped me.”

At that point Richard chimed in and suggested “Agadoo” by Black Lace.

Still stuck, Sylvia replied, “Something like that. The title just escaped me and I don’t know why.”

“Is it Ghostbusters?” Richard continued, but Sylvia shook her head.

Realising Richard’s gaffe, Sylvia replied: “Might have been but he’s just pinched my answer. I was going to say pepper.”

Richard, aware he had just given away a big clue, clapped his hand over his mouth.

“I was just going to say I hope somebody’s put some pepper in something,” Sylvia went on.

Pepper turned out to be a solid answer as Sylvia and her quizzing partner Patricia got through to the next round – though sadly, they didn’t reach the final.

“Boo-boo from Richard giving pepper away #pointless,” one viewer wrote on Twitter following the gaffe.