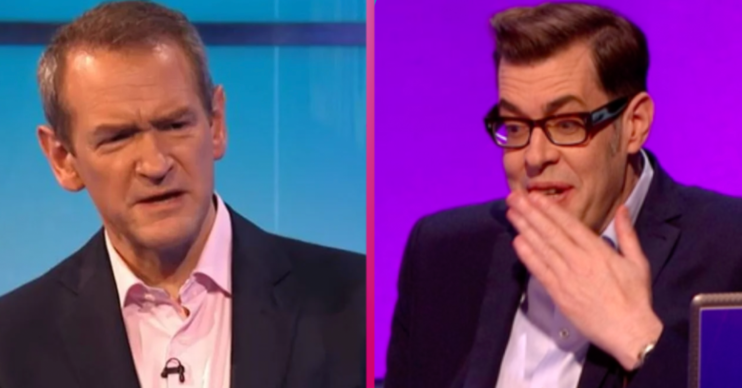 Pointless had viewers’ eyes on stalks from the outset of last night’s celebrity episode of the BBC1 show.

One of the contestants, Tamara Beckwith, an IT girl from the ’90s – think one of the Made In Chelsea babes if you’re under 30! – really stood out.

And she got everyone’s attention – not only because she appeared to be utterly clueless about the game.

The 50-year-old socialite appeared to be not wearing a bra and the studio seemed very cold.

Her nipples were, as some fans of the teatime programme noted, definitely not pointless!

#pointless Is it freezing in that studio? Tamara. #pointlesscelebrities

Watching #pointless Ruddy hell Tamara out a bra on love!!! They are like spaniels ears drooping down!! 😱😱 pic.twitter.com/kxTdzNoVId

Way too harsh, Gary, but the dog’s too cute not to include the tweet…

Who is Tamara Beckwith?

In the 1990s, the tabloids became obsessed with a couple of posh girls – Tamara and Tara Palmer-Tomkinson.

They spent their lives flitting from restaurants du jour to exclusive nightclubs.

They were long, lithe and often draped in very little but expensive clothing. And the paparazzi loved trailing their privileged but somewhat car-crash lives.

The duo also had a reputation for being wild. Tamara had a baby as a teenager. And Tara, who died in February 2017, suffered cocaine addiction in her partying heyday.

Tamara now has three children, and is a very glamorous grandmother. In her career, she has designed jewellery, run a photographic gallery and appeared on The Jump.

How did she do on Pointless?

Although great entertainment, Tamara didn’t seem to understand the rules of the quiz show, hosted by Alexander Armstrong and Richard Osman…

Ha ha, Tamara doesn’t quite get this game #Pointless #BBCPointless

Fitting that Tamara Beckwith is totally vacuous on #Pointless#pointlesscelebrities

Did you see the show? Was it a bit much for teatime telly? Leave us a comment on our Facebook page @EntertainmentDailyFix and let us know what you think!