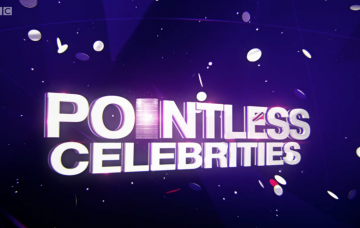 Viewers questioned if rules are relaxed during celebrity charity episodes

Pointless Celebrities’ Lydia Bright and Denise van Outen were accused of ‘cheating’ on the quiz, as viewers also pondered whether questions are easier on the celebrity version of the BBC One show.

Others, however, said if they’re playing for charity, does it really matter?

Fans were surprised that ex TOWIE star Lydia and fellow Essex native Denise were allowed to discuss their answers during the first round of the game last night, as they ‘went through the board’ as the last pair of contestants to play.

As Lydia mistakenly identified the actor who plays EastEnders villain Max Branning as ‘Jack Wood’ rather than ‘Jake Wood’, Denise quickly jumped in with the correct reply.

And although Pointless co-host Richard Osman laughed off the interruption as an answer “Denise gave to us”, fans on social media couldn’t help asking if a rule had been broken.

One viewer even suggested the duo should be booted off the show entirely.

Lydia and Denise weren’t the only contestants to come under fire, however.

Comedian Arthur Smith was also criticised by some viewers after he didn’t state stand up Romesh Ranganathan’s name in full, and The One Show’s Michelle Ackerley was questioned for saying Holland – rather than the Netherlands – was a founding member of the EU.

How can just naming Romesh as an answer be given? Surely he had to give full name??

@TVsPointless Netherlands was a founding EU nation.Holland is one of its regions only and not therefore could not have been a founding nation… just saying..

@richardosman I realise it’s only a tv show, but last nights @TVsPointless celebrity version has caused me a restless night. Shouldn’t Arthur Smith say the full name of @RomeshRanga rather than just the first one??

Another viewer tweeted his suspicion the rules might not apply quite so strictly when famous faces are taking part – but did concede celebrity contestants are playing for charity, after all.

I spose it is for charity

Tyger and Ann successfully guessed a pointless answer – well, Tyger did anyway! – on their first try in the final round, when answering a question on the UK’s wealthiest sporting stars.

Another agreed: “Came home from a terrible day at work and watched Tyger win Pointless! Really made my day. Money is going to a great cause.”

ED! has contacted reps for Pointless, Denise and Lydia.

Pointless Celebrities is next on BBC One on Saturday 5 May at 7.40pm.

Do you think the celebs ‘cheated’? Let us know what you think by leaving us a comment on our Facebook page @EntertainmentDailyFix!