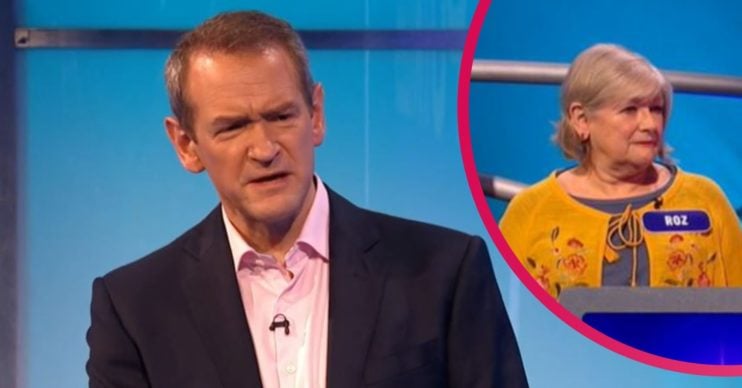 They thought she could be the former MP's 'sister'

Some of those watching at home joked that she could even be Ann’s sister.

What did viewers say about Pointless contestant Roz?

A second tweeted: “Did Roz base her hairstyle on Ann Widdecombe?”

Another replied: “Pleased I’m not the only one who thought Roz looked like Widdecombe, particularly from the side view #Pointless.”

Someone else said: “Even sounds like her (a bit).”

A fifth wrote: “Thought that was Ann Widdecombe on #pointless.”

Pleased I’m not the only one who thought Roz looked like Widdecombe.

“Has anyone spotted Roz and Ann Widdecombe in the same room?” joked a sixth.

Another quipped: “Didn’t know Ann Widdecombe had a sister #Pointless.”

Roz and Dec got the final round but unfortunately didn’t win the jackpot.

Thought that was Ann Widdicombe on #pointless

Has anyone spotted Roz and Ann Widdecombe in the same room ? #pointless

Ann Widdecombe was back on screens recently for a controversial Channel 5 documentary.

The politician presented World’s Most Luxurious Prison, which took viewers around Norway’s Halden Prison, introducing them to its staff and inhabitants.

It’s a maximum security site, but it doesn’t have any bars and one inmate even said of it: “This is a spa, it’s a holiday resort!”

Ann agreed, as she said when describing Halden: “Plush apartments for rapists and murderers….”

The programme also revealed that inmates at Halden can have sex with their partners during visits, which happen up to twice a week.

The prisoners there live in groups in apartments kitted out with lounge areas, kitchenettes, en-suite bathrooms and TVs.